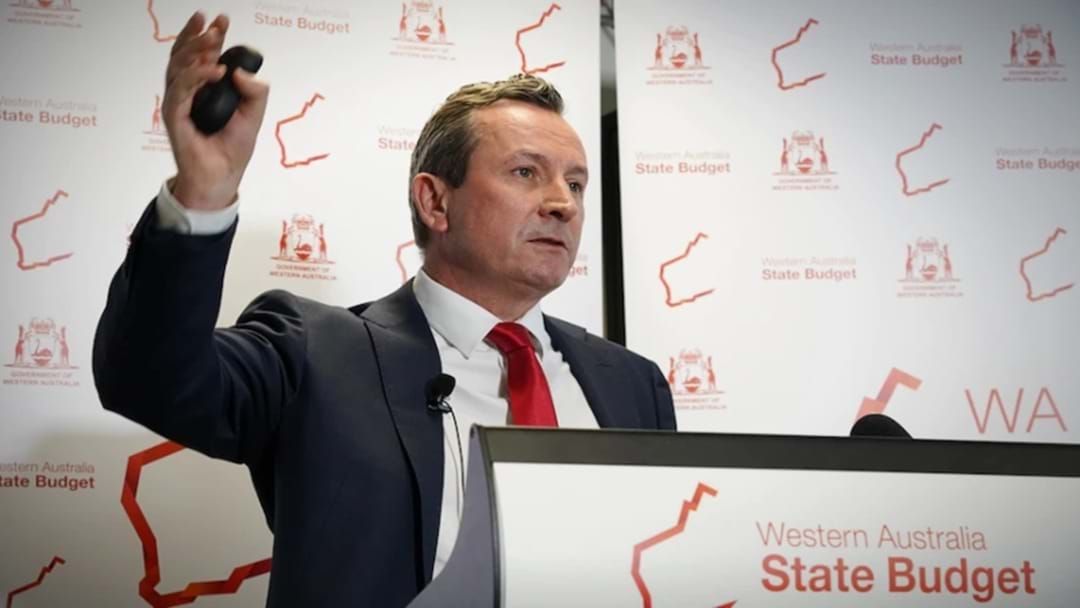 WA Premier Mark McGowan has delivered a record surplus handing down his first State Budget as Treasurer which he's described as an opportunity to build for the future.

Infrastructure was set out as the main focus with more than $30 billion dollars set aside over the next four years.

While, nearly $4 billion has been ear-marked for health and mental health, including construction of a new Women’s and Babies Hospital.

In handing down his 2021-22 Budget, Mr McGowan confidently spruiked the state as the nations economic leader.

"This budget proves that by putting the health of Western Australians first, by keeping the state safe from COVID 19, we have delivered the best economic and social outcomes in Australia and possibly the world"

But, Opposition Leader Mia Davies has hit out at the Government for not utilising the $5.6 Billion windfall to greater potential.

"It’s unconscionable that the Premier has 5.6 billion of West Australian taxpayers money in his back pocket, and yet we've come to the point where we've got a health system crumbling around our ears"

That sentiment has reverberated across various political and industry bodies, including the Australia Medical Association, who have welcomed the spending on hospitals, but are concerned over health system operations.

AMA WA president, Mark Duncan-Smith, said the "government can't do business as usual with its current operational budget, and in two years' time the budget will be even less than it is now"

"What we may see in the future … is great buildings and shiny buildings, but no one to be paid to work in them."

There were also calls for greater incentives as skill shortages across industries are starting the bite.

CEDA senior economist Cassandra Winzar, said that unless border restrictions were eased WA businesses would have to find creative ways to bring key workers into the state.

"Particularly for some of the critical sectors like healthcare and aged care, it's going to be hard to implement even some of the investment that has been announced in the budget today if people can't get into the state," she said.

Other short fallings were felt by key stakeholders, including state schools, climate action, regional communities and the resources sector.