He had to scream for help 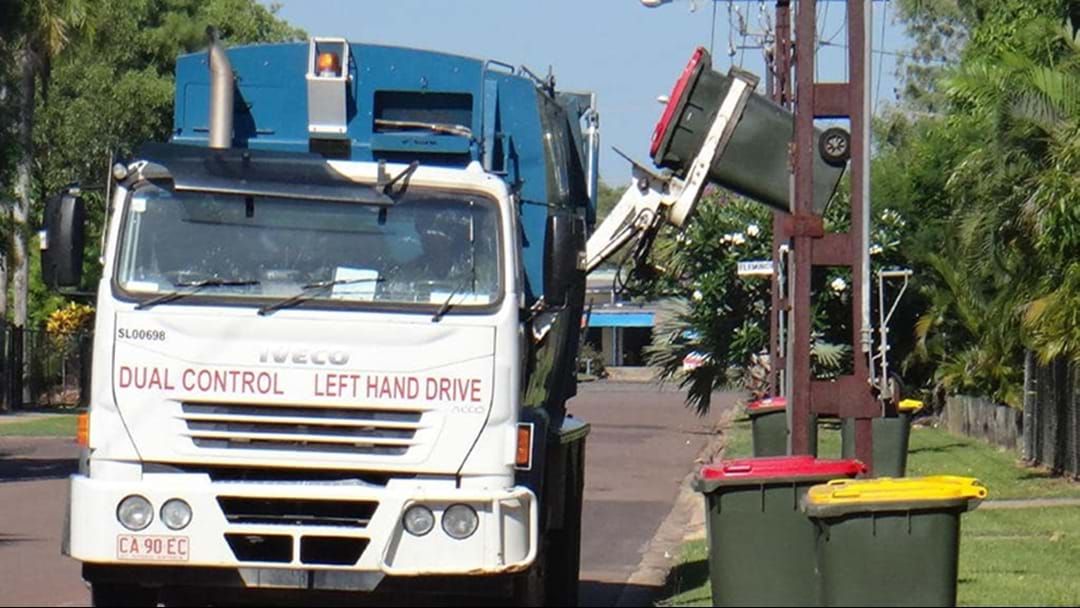 A homeless man had to scream for help after being tipped from a charity bin where he was sleeping into the back of a rubbish truck in Victoria's north.

He had been in the skip bin at the back of a St Vincent De Paul Society shop at Kerang when it was picked up just after 7.30am on Friday, a Country Fire Authority spokesman said.

"(The rubbish truck driver) picked up that bin and then he drove to another location ... and that's when he heard the gentleman screaming," CFA Captain Ramon Steel told AAP.

Firefighters rescued the man, who appeared to be aged in his 30s, using ladders.

"They (the truck operators) were able to get the gentleman to the top of the garbage truck but couldn't get him down," Capt Steel said.

"There's only one section (in the back of the truck). It just goes into a tub.

"When it needs to be compacted they push a button to compact it. And it was this gentleman's lucky day it didn't need compacting."

The man was taken to Kerang Hospital in a stable condition with minor injuries and the incident is being investigated.