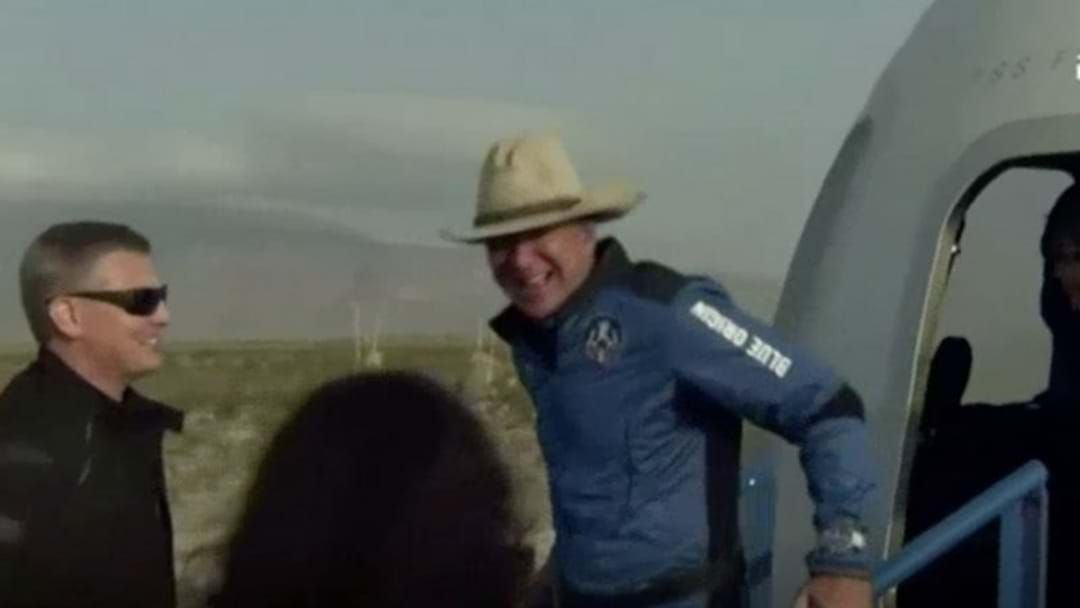 US billionaire Jeff Bezos and founder of Blue Origin has completed his first trip to space on his company's New Shepard rocket.

The Amazon founder jetted into space on the company's spacecraft, making him the second billionaire in two weeks to make mammoth trip in his own spacecraft, after Richard Branson.

The founder was joined by his brother, an 82-year-old Texas aviation pioneer and an 18-year-old man from the Netherlands, making the pair both the youngest and oldest duo to flying space.

The spacecraft managed to reach an altitude of 106km, with the 18 metre booster speeding to three times the speed of sound before the capsule separated.

As the capsule floated to the ground beneath three massive parachutes, eventually landing upright, the four guests momentarily experienced six times the force of gravity (6G's).

The flight only lasted about 10 minutes, but that was more than enough time for the occupants to enjoy a few good minutes of weightlessness.

Clearly elated with his once in a lifetime experience, Bezos addressed reporters after flight to thank everyone who helped to get the spacecraft off the ground.

"I want to thank every Amazon employee and every Amazon customer, because you guys paid for all of this," he said.