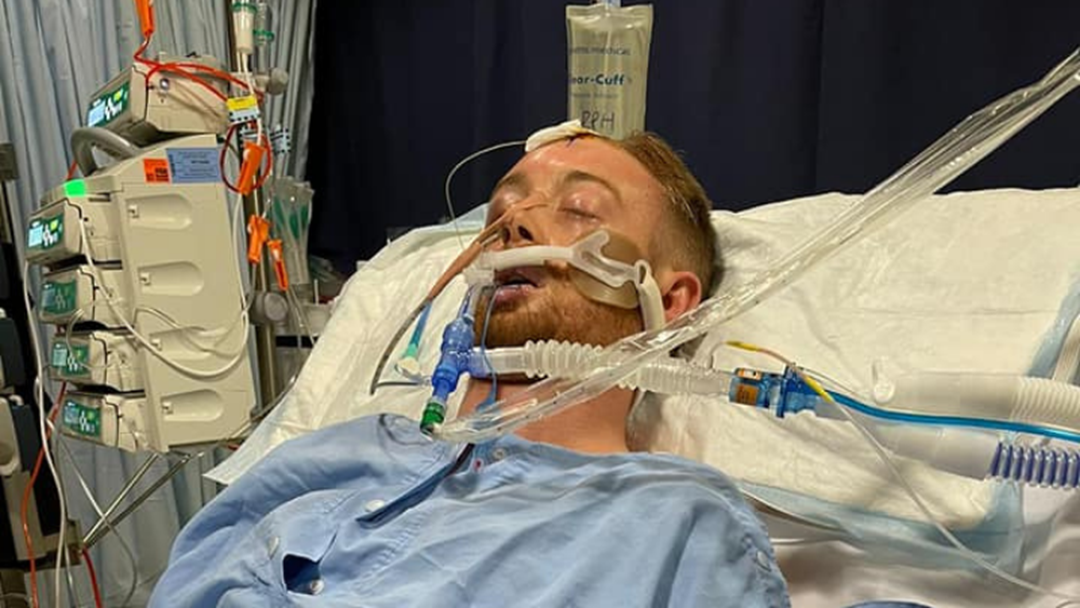 The parents of a Perth Soccer player have been granted a rare exemption to visit their son in hospital after injuries left him fighting for his life.

Danny Hodgson's parents, Nicola and Peter arrived in Perth on Friday and were given permission to visit their son in hospital on Saturday despite being in hotel quarantine.

The visit at the Royal Perth Hospital was under strict protocols, which saw the couple visit their son for 30 minutes in full PPE remaining 1.5 metres from him at all times.

“Today the support and love of the community in Perth and all those who know and love Danny has moved us and strengthened us in ways we will never be able to explain.”

The 25-year-old was allegedly hit in the back of the head by a 15-year-old at a Perth train station last Sunday.

He was admitted to the intensive care unit after suffering bleeding on the brain and a fractured skull, he remains in a coma.

Detectives have charged a 15-year-old boy over the attack.