police on the hunt for offenders 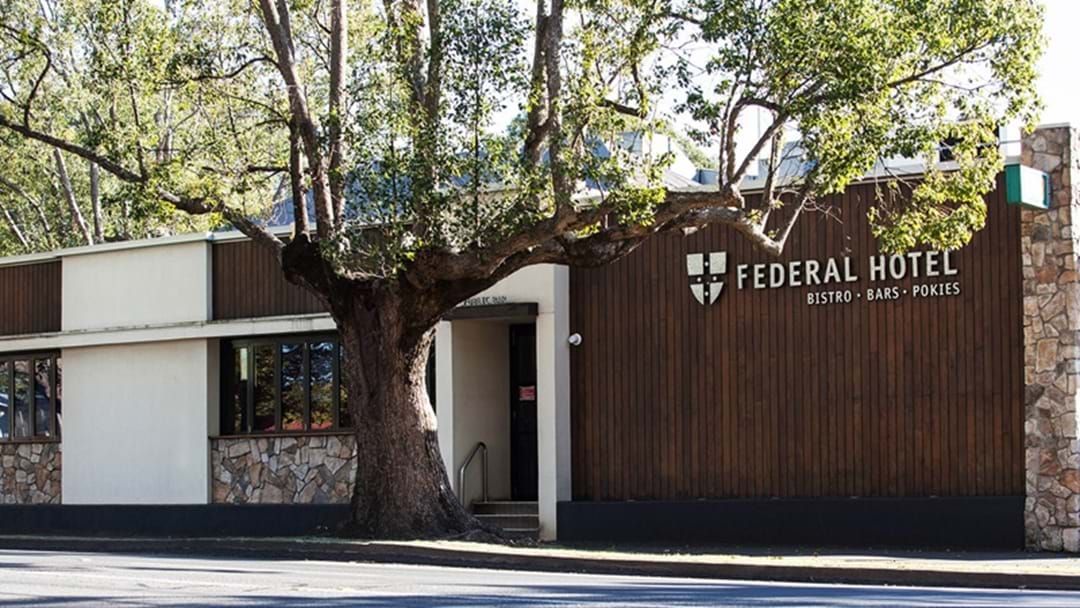 Two men who allegedly attempted and armed robbery at The Federal Hotel in Toowoomba early this morning are on the run from Police.

The pair allegedly smashed their way into the hotel using an axe.  Two employees were finishing work around 4:30am at the James Street premises when they heard a noise from inside the establishment and went to investigate, coming across two men armed with a firearm. One of the alleged thieves chased an employee away and managed to locked himself out in the process.

Police say that the other offender has attempted to gain access to a safe, but was unsuccessful.

The two thieves fled the scene in a vehicle which was later found burnt out in Centenary Heights.

The car, possibly a blue Ford, was found alight on Agnes St about 5.30am.

At this stage, there are no reports of anything missing from the business, but police have cornered off the premises on James Street for further investigation.

Police are investigating whether the incident is possibly linked to an earlier break in at a service station on the New England Highway at Cambooya.

Just before 1am three men smashed a glass door entered the business where they attempted to break into an ATM, causing extensive damage in the process.

They entered an office area where they discharged a chemical fire extinguisher before fleeing the premises in a vehicle.

Police are appealing for anyone who may have seen anyone acting suspiciously in the area where the vehicle was located burnt out near Bird Park between 4.30am and 5.30am or around the Cambooya service station at around 1am to come forward.