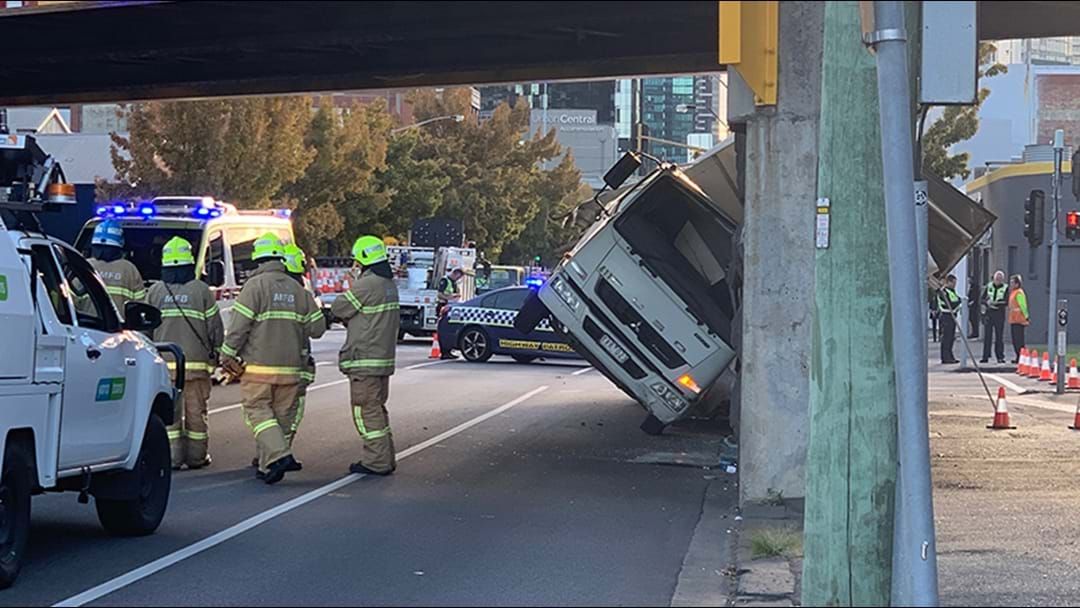 City Road in South Melbourne was partly closed to traffic after the crash on Tuesday.

"Hit it so hard he's ended up with only two wheels on the ground so he's wedged in the air."

A photo from the scene shows the truck's cabin smashed against a pylon and the driver's side in the air beneath the bridge.

A "clearance 3.8m" sign is attached to the bridge.

Who do Aussies REALLY want for Prime Minister?