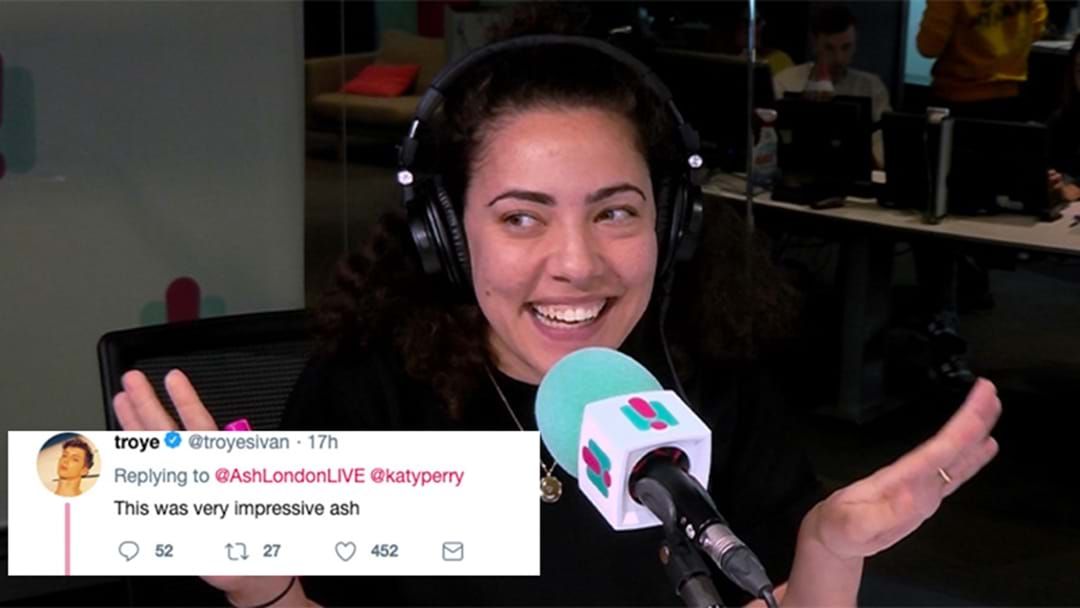 Ash London confessed to Katy Perry this week that her husband has had to put a ban on how many times she obsessively plays new track 'Never Really Over' in the house.

The chorus is a bit of a tongue-twister with Katy Perry admitting you really have to study it to pull it off.

Without missing a beat, Ash launched into her attempt at the chorus... which even Aussie Pop Prince Troye Sivan gave his praise to!

Maybe Ash can collab with Troye when he's here in September?

Watch the clip below: