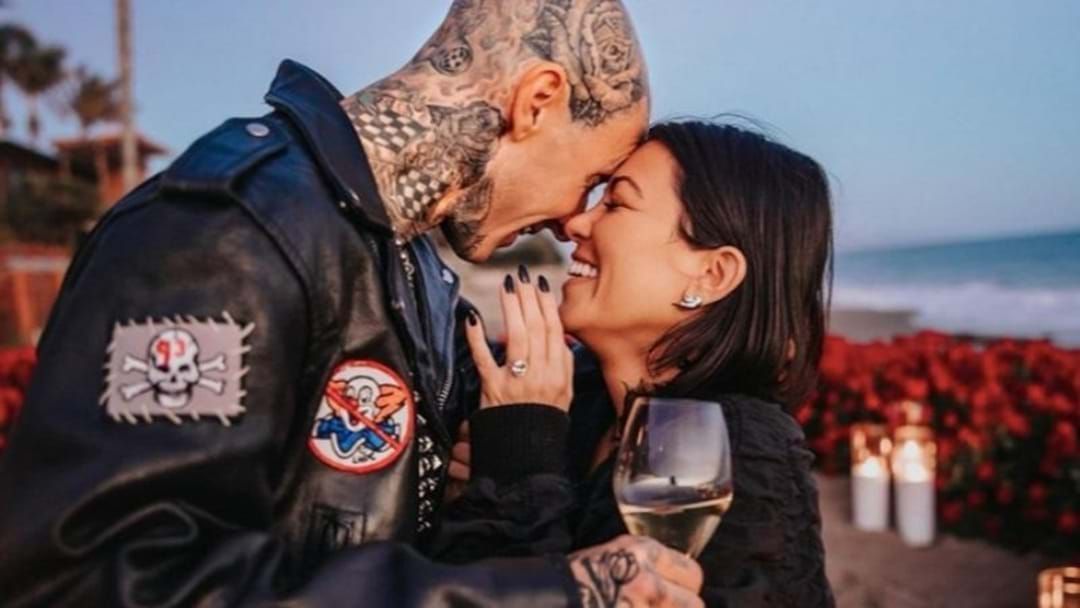 So, in a savage but entirely fair move, Travis Barker has covered up a tattoo of his ex’s name with a tattoo for his new fiancé Kourtney Kardashian.

As we all know, Travis is well known for his walking museum of tattoos which is why it makes sense for him to have at least one tattoo dedicated to his ex, Shanna Moakler.

The tattoo in question was a big tattoo of Moakler’s name across his bicep, which he’s wasted no time getting covered up after getting engaged to reality TV star, Kourtney Kardashian.

The drummer covered up the name ‘Shanna’ with a massive image of a scorpion along with a print of Kourt’s lips.

As for what the scorpion represents, it looks like it’s in reference to Barker’s star sign which the drummer’s tattoo artist seems to confirm in an insta post.

“Scorpio season. On @travisbarker … Lips straight from the mouth of @kourtneykardash. Congrats you two,” he wrote in the caption.

As for the lips, well… they pretty much speak for themselves. Barker posted an image of his own simply captioned “Scorpio Season.”

This isn’t the first tattoo linked to his ex that Barker has covered up! Back in May, he covered the initials TS (which we assume stands for Travis and Shanna) with a picture of a skull.

Travis also went ahead and got ‘Kourtney’ tattooed on his chest right above his nipple in an adorable dedication to his new fiancé.

As for what his ex thinks of his prominent Kourtney tattoo, in a chat with TMZ Shanna said “Welcome to the club, he’s got a couple more on there too.”

“I’m very much over my ex. It’s been a long time. However, do I think some of the PDA that he’s doing with her is weird? Yes,” she said.

Me thinks the lady doth protest a little too much… a.k.a she SALTY!

Anyways, Kourt and Travis look absolutely smitten with each other and we couldn’t love this more for them.