Would you catch a bus at night? 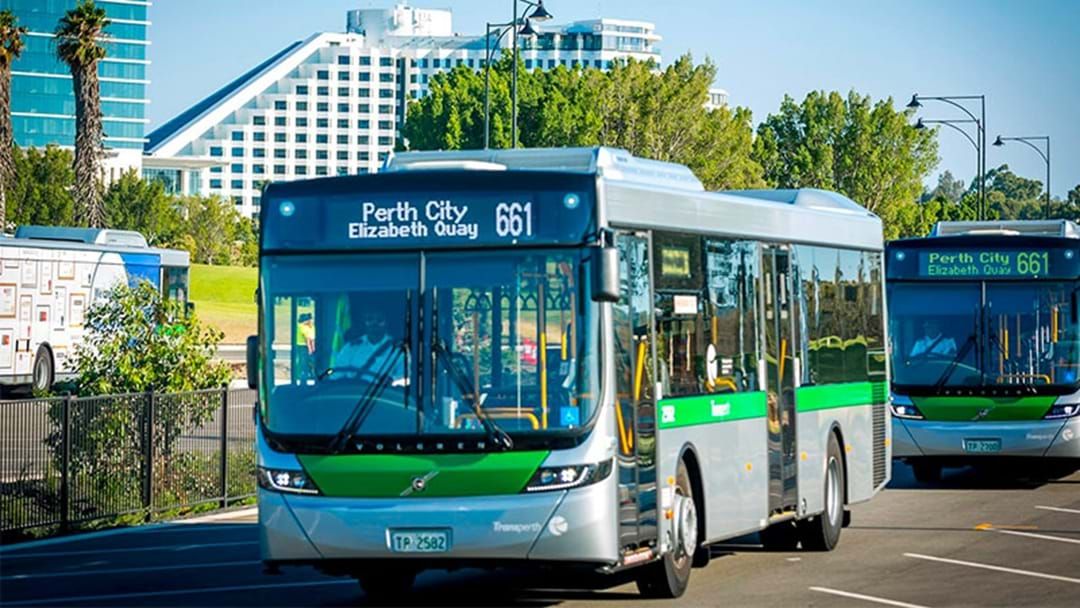 Transperth is asking us to give them a fair go, after new data from the Productivity Commission showed more than one in four West Aussies feel unsafe using public transport at night.

According to the report that makes us the second worst in the country, behind Victoria where nearly 28 per cent of commuters feel unsafe.

But the Perth Transport Authority suspects the figures are skewed, saying their investigations found most commuters do feel safe on public transport.

Transperth's David Hynes said, "Our numbers tell us 87 per cent of people feel safe on buses at night, and about 85 per cent feel safe on trains."

It follows the launch of an ad campaign, worth more than $1million, by the McGowan Government to entice people to catch buses and trains.

"We have the best safety system in the country, the best CCTV, the safety buttons on stations, and particularly our transit officers. There are two transit officers on every train after 7pm. We're investing pretty heavily to make sure it is safe, and it's working," Mr Hynes said.

Get The Mix App | iTunes | Android