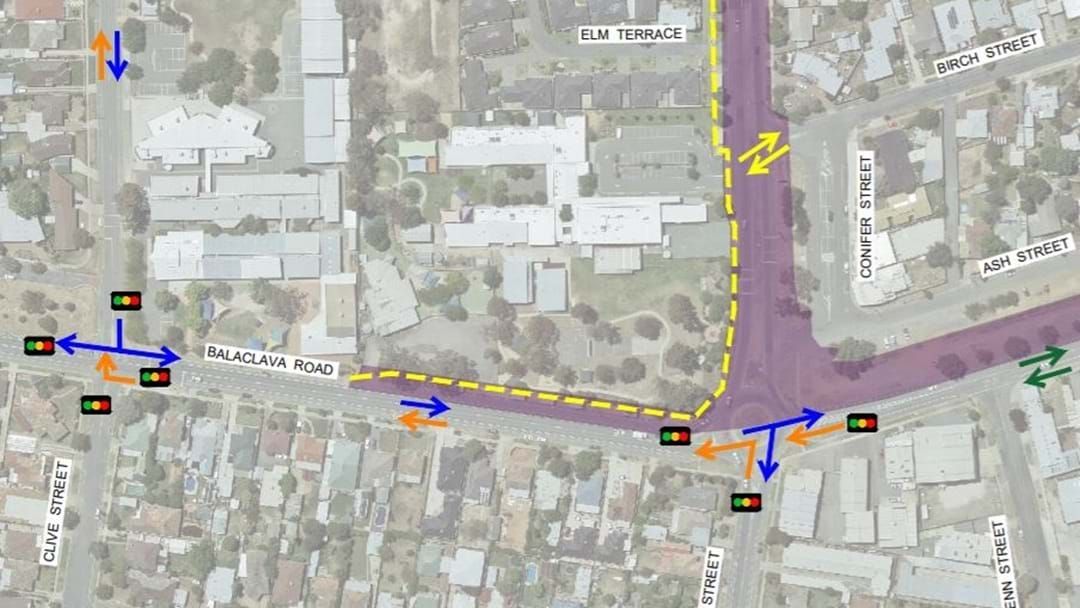 Greater Shepparton City Council is advising locals that construction works are proceeding well at the intersection of Balaclava and Verney Roads; and remind residents and road users of the detours that are currently in place.

Major works have been underway on the northern half of the intersection (Stage One) for approximately six weeks, which has required the closure of Verney Road between Balaclava/New Dookie Roads and Elm Terrace. Traffic management arrangements including detours and temporary traffic lights are in place and will remain in place throughout the duration of Stage One.

Access to residences, businesses and schools will be maintained throughout the duration of the upgrade works and Greater Shepparton City Council Acting Director Infrastructure Craig Exton said it was important for those who frequent the area to follow the detour signage.

“To manage safety and congestion in the area, a traffic management plan was put in to place with the commencement of the works and we advise all those who travel in the area to visit Council’s website and become familiar with the advised routes. In particular, we advise road users to avoid using Maple Street, Blackwood Street and Acacia Street as alternative routes unless accessing local businesses or residences. Those streets are quite narrow and not suited to large volumes of traffic.”

Commuters approaching the intersection from the north along Verney Road are advised to turn at Graham Street if they are heading to the schools or the Central Business District and turn at Maple Street for the easiest route to the local businesses.

Council would also like to advise heavy vehicles to avoid the area and use the truck routes along New Dookie and Ford Roads.

“This is one of Council’s major projects, the intersection is a key gateway for Shepparton’s northern growth areas and the works are necessary to provide efficient vehicle movements for the future growth of the area,” Mr Exton said.

“Council understands the impact construction has on commuters and we would like to thank the community for their patience during the works so far.”

For more information, the traffic management plan details can be found here.