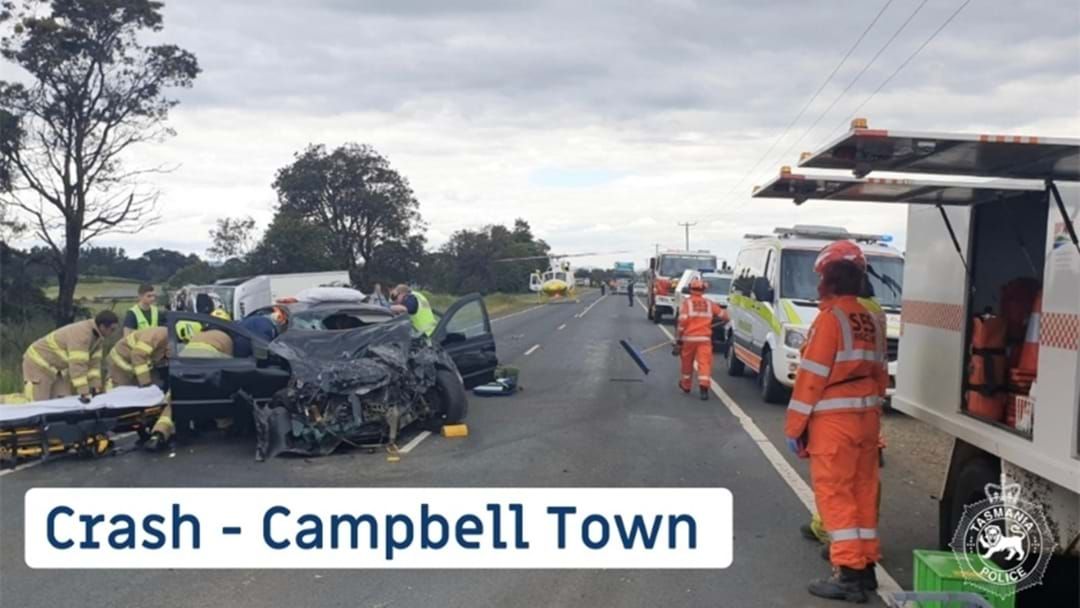 Police remain at the scene of a crash on the Midland Highway, north of Campbell Town, where a car and a truck had collided.

On Wednesday afternoon, police reported a woman was flown in the Westpac Rescue Helicopter to the Royal Hobart Hospital with what are believed to be non-life-threatening injuries.

Two men, who were in the vehicle with the woman, are being transported by Ambulance to the Launceston General Hospital with minor injuries.

The two people who were in the van were not physically injured.

Police are investigating the cause of the crash.