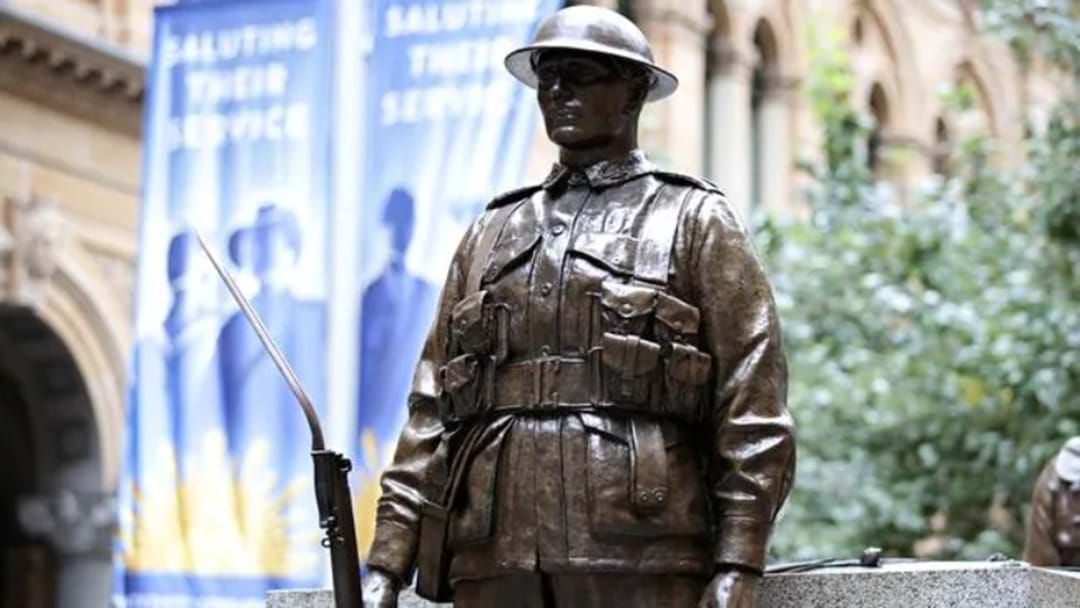 Three men have been arrested after a pack of young males vandalised a cenotaph in Martin Place over the weekend.

Police released CCTV footage of five males seen walking near the war memorial just after 3am early Saturday morning, revealing the group climbing the cenotaph, with one of them damaging the bayonet at the end of a rifle.

NSW RSL condemned the behaviour as "blatant disrespect to every person who has ever served in the Australian Defence Force."

Premier Gladys Berejiklian weighed in on the act of disrespect over the weekend as "personally hurtful".

"I think it’s really hurtful that a small number of Australians don't appreciate the sacrifice our veterans have made and the sacrifices many Australians who lost their lives and their livelihoods over many decades for our freedoms," she said

Following a public appeal for information, three men, aged, 19, 20 and 21, were arrested at Sutherland Police Station on Monday afternoon and are assisting police with their inquiries.