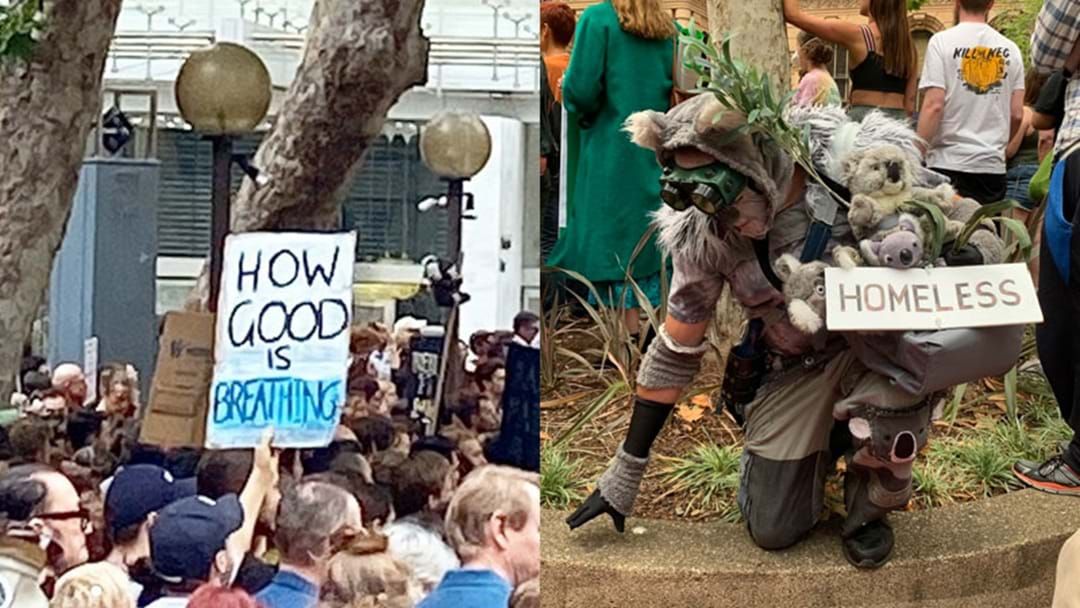 After over a month, 127 fires are still burning across NSW as firefighters battle through the night to protect lives and homes, meanwhile, Sydney’s air quality index (AQI) skyrocketed to ten times worse than ‘hazardous’ this week.

Yesterday saw thousands of fed up Sydneysiders from all demographics flood the streets of the city to rally against climate change and vent frustrations over the government’s lack of action before and amidst the crisis.

Take a look at some of the most notable protest signs below!

Did you head down to the rally?