This UK Dad Recreated Diagon Alley In His Daughter's Wardrobe 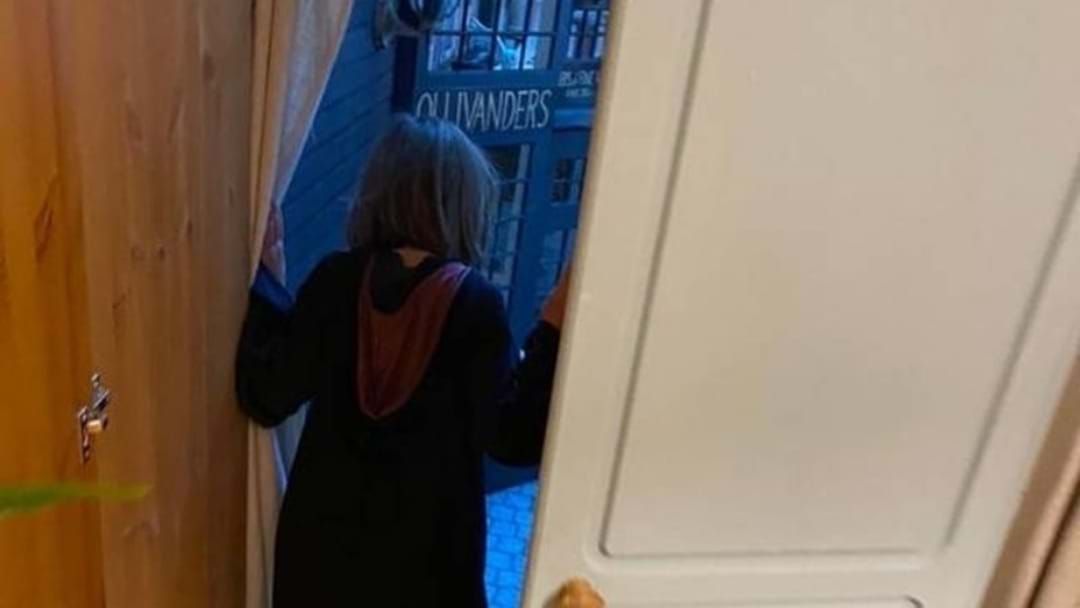 So, this little girl is living every young Harry Potter fan's dream!

A Dad in the UK, has gone above and beyond to put a smile on his daughter's face, using the space behind her wardrobe to recreate her own Diagon Alley.

42 year-old Dylan Saxby wanted to do something nice for his daughter Ella after a very tough year of lockdown and homeschooling, so decided to transform the large empty space behind her wardrobe, into the famous wizarding shopping district.

After coming up with the idea in April, Dylan had everything ready for the big reveal on Ella's birthday in September.

Dylan estimates he spent over £1,000 on the project, collecting items and spreading the cost out over a period of six months.

According to Dylan, this is the most expensive gift Ella's ever received but was totally worth the investment.

Dylan's favourite part of the entire wizarding street is Ella's reading nook, where she apparently likes to spend most of her time.

The street comes complete with a toy shop, Flourish & Blotts and of course, Ollivander's wand shop.

Dylan urges any parent who's feeling inspired enough kick off a massive project like this one, to give it a red hot go and to not give up, because it's bloody hard work!