This Guy Trolls His Horrible Landlord In The Best Possible Way 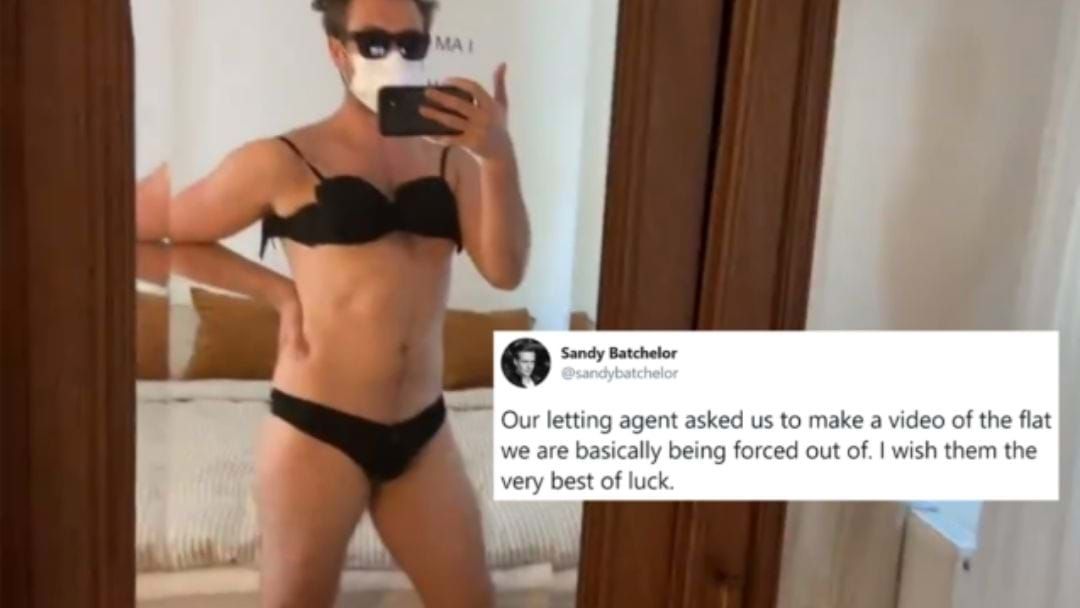 If you've ever been subject to terrible landlords before, you will absolutely LOVE this.

Scotsman, Sandy Batchelor has been kicked out of his apartment, smack-bang in the middle of a global pandemic and his Landlord has naively asked him to record footage of the property to pass on to potential new tenants.

The London based actor saw this as the PERFECT opportunity for sabotage and boy, oh boy, did he absolutely nail it.

Like most real estate tours, the video highlights the best parts of the property including a swollen door which doesn't close properly, mould on the ceiling, rat traps and garbage bins.

Not only does Sandy document the absolute worst parts of the home, but he makes a point of sticking up sneaky signs throughout the house for an extra laugh, which read not so subtle things like "DO NOT RENT THIS FLAT" and "YOU WILL HATE IT HERE".

Batchelor also makes sure to remind everyone that the flat will be unfurnished and they will be taking EVERYTHING... and by EVERYTHING, he means even the vegetable garden will be unearthed and transported to his new home.

But the very best part of the entire video is the end, when he walks past a mirror sporting a face mask and his Fiancé's knickers.

If you're still worried about Sandy, fear not, following over seven million views on his video, he has received an outpour of support with many viewers offering him a new place to live.

If you're in need of a mood lift, do yourself a favour and watch Sandy handle the entire situation with passive aggressive humour and unmatchable sass.

Miss the show? Tune into the Highest & Ed catch-up below...