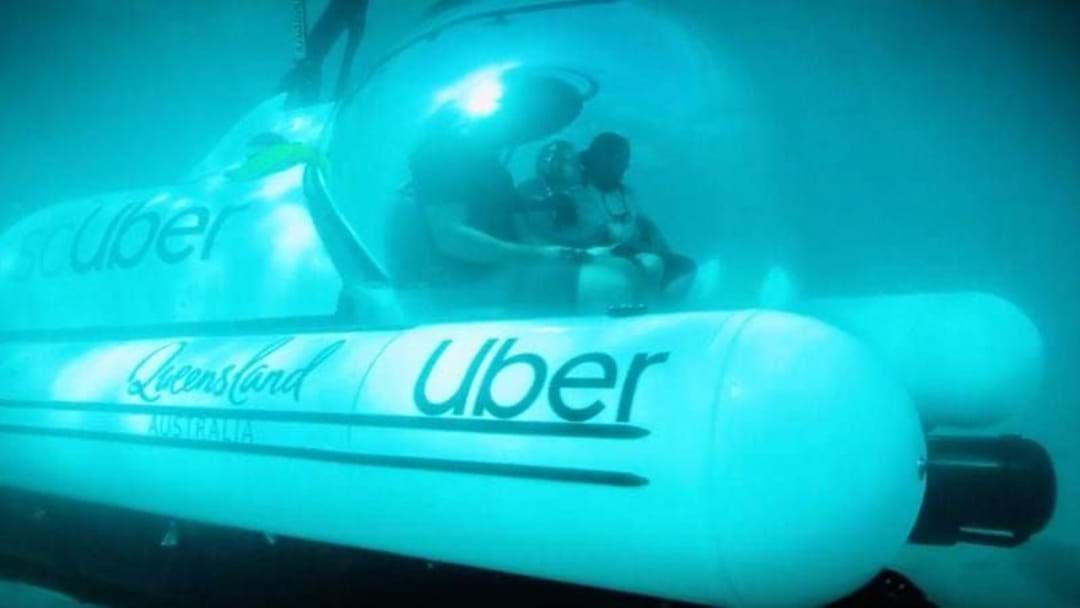 We were excited when Uber launched thinking it’d bring us Uber eats, but never did we imagine scUber.

The world’s first rideshare submarine was launched on Herron Island yesterday to showcase the Great Barrier Reef like never before.

Minister for Tourism Kate Jones said the project is a collaboration between Tourism and Events Queensland and Uber to raise awareness around the Reef.

The campaign is expected to bring an extra 1.4 million visitors and a massive $1.8 billion in visitor spending over the next three years.