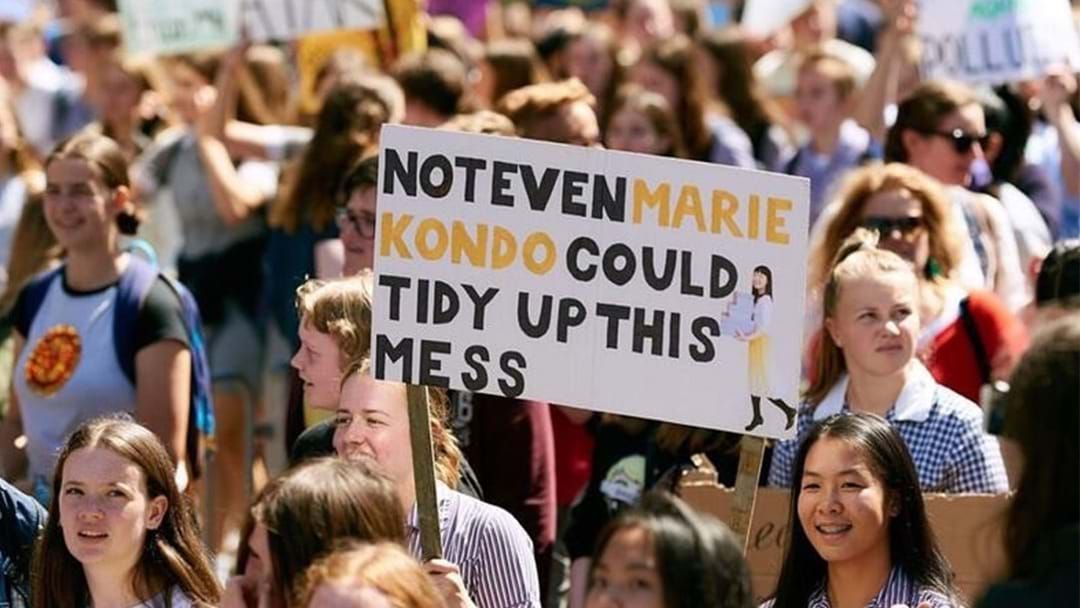 Today’s massive climate strike will see students across the country skip school to march in protest of the government’s lack of action against the climate change crisis.

Inspired by Swedish 16-year-old Greta Thunberg, marches like this have been growing since the teenager first took time off school to demonstrate outside Swedish parliament in August 2018.

Australian school protesters want the Federal Government to commit to:

• 100 per cent renewable energy generation and exports by 2030

Live Traffic NSW have this morning alerted all motorists to avoid the Sydney CBD today, with these specific roads closed:

“From 10:15am until 12pm, roads between Chippendale and The Domain are expected to gradually close and then reopen as a march moves through the area.

“Between 1pm and 3:30pm, roads near The Domain and Hyde Park are expected to close including sections of Macquarie Street, College Street, Elizabeth Street, Park Street, Hunter Street and King Street.

“Buses will also be diverting away from their normal routes while roads are closed, and some services will start and end their trips at Museum Station instead of Circular Quay.

“If you need to drive in these areas while the roads are closed, allow plenty of extra travel time as traffic will be heavy.”

At least 35,000 people are expected to march nationwide, in 110 towns and cities across the country.