newsThe Notre Dame Cathedral in Paris is on fire this morning.

The Notre Dame Cathedral in Paris is on fire this morning.

Roof and spire have collapsed. 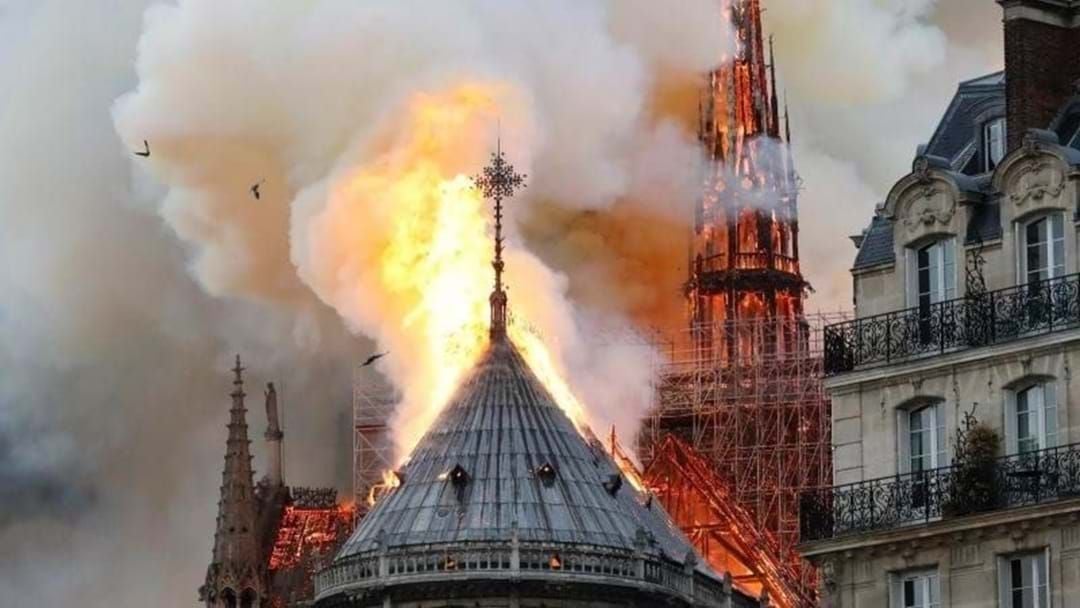 A major fire has broken out at the famous Notre Dame Cathedral in Paris, destroying a large chunk of the landmark.

Flames burst through the 856-year-old building, which is currently undergoing renovations, in the early evening on Monday causing the roof and spire to collapse.

SCA Gold Coast radio host Luke Brandam - who is holidaying in the city - said he toured the cathedral just hours before the blaze broke out.

"It's under construction at the moment so you can't actually see much of the facade because there's so much scaffolding erected," he said.

"We're understanding that's what caught fire; incredible to think just a couple of hours ago we were there!"

Local police are treating the incident as an accident.

Australian In Paris Describes The Scene At Notre Dame