The First Trailer For The Beverly Hills, 90210 Revival Is Here!

And we have a release date! 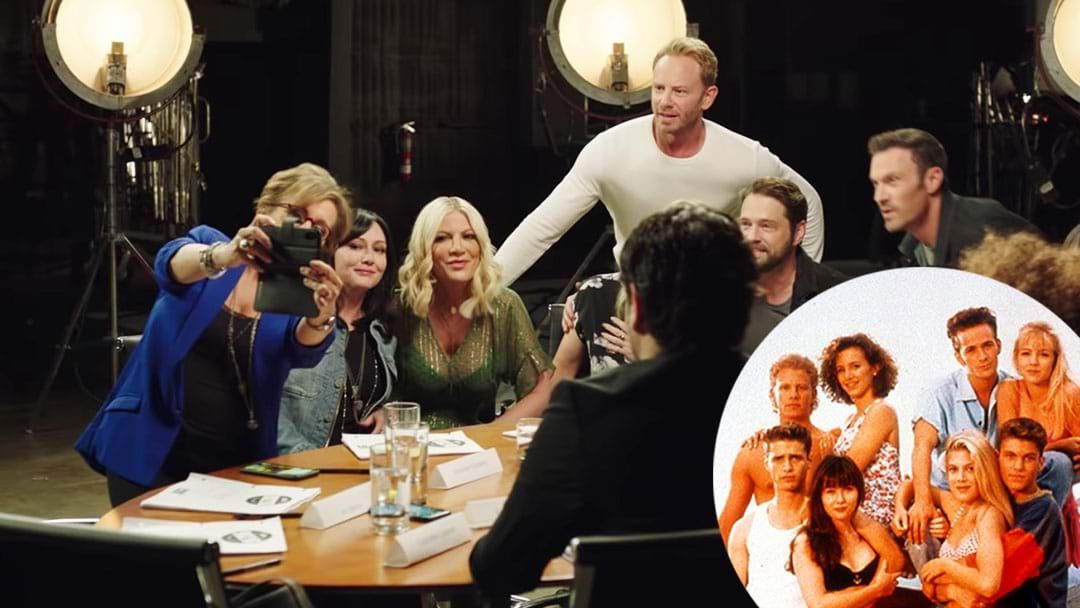 The original cast of ‘90s teen drama Beverley Hills, 90210 are seen reuniting for a table read in our very first trailer for the revival.

Fox has announced that the six-episode series will premiere on August 7th!

“90210 comes with a big twist: Priestley, Garth, Ziering, Carteris, Green and Spelling will play heightened versions of themselves in a brand-new serialized drama – with a healthy dose of irreverence – that is inspired by their real lives and relationships.

“Having gone their separate ways since the original series ended 19 years ago, Jason, Jennie, Ian, Gabrielle, Brian and Tori reunite when one of them suggests it’s time to get a “Beverly Hills, 90210” reboot up and running. But getting it going may make for an even more delicious soap than the reboot itself. What will happen when first loves, old romances, friends and frenemies come back together, as this iconic cast – whom the whole world watched grow up together – attempts to continue from where they left off?"

The only member who hadn’t signed on to return was actor Luke Perry who later, sadly passed away on March 4th of a stroke.

The Veronicas Reveal Which Song They Wrote Whilst Drunk