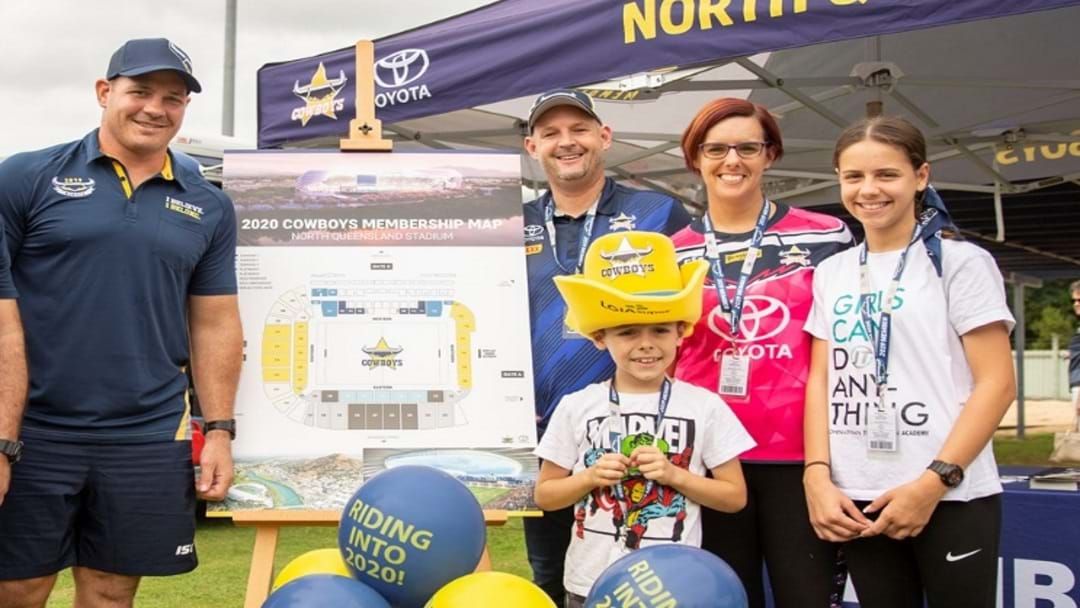 The 2019 NRL season will be the final season of the Cowboys calling 1300SMILES Stadium their home.

From 2020 the move to the North Queensland Stadium in the city will happen and now you can check out where you'll be sitting!

The Cowboys are offering their members the best-equivalent seating that they currently are signed up to.

A statement has been released on their Cowboys website as to what that means:

"'Best-equivalent' means that, allowing for differences in seating configuration of corporate and consumer areas, bay and aisle locations, row length and bay seating capacities at the new stadium, the Cowboys will offer 2019 full season members a seat in the new stadium that is as near as practicable to the same field position that they have now, and with the people who are currently included in their membership account."

You'll be aware that the layout of the new stadium isn't identical to 1300SMILES Stadium, so while membership seating will still be allocated to 'Western, Eastern, Southern, and Northern' stands, they will be joined as one in a bowl.

In the coming weeks seat allocation for full-season members will take place, and the membership holders will have a confirmation window to respond.

Take a virtual tour of the stadium here!