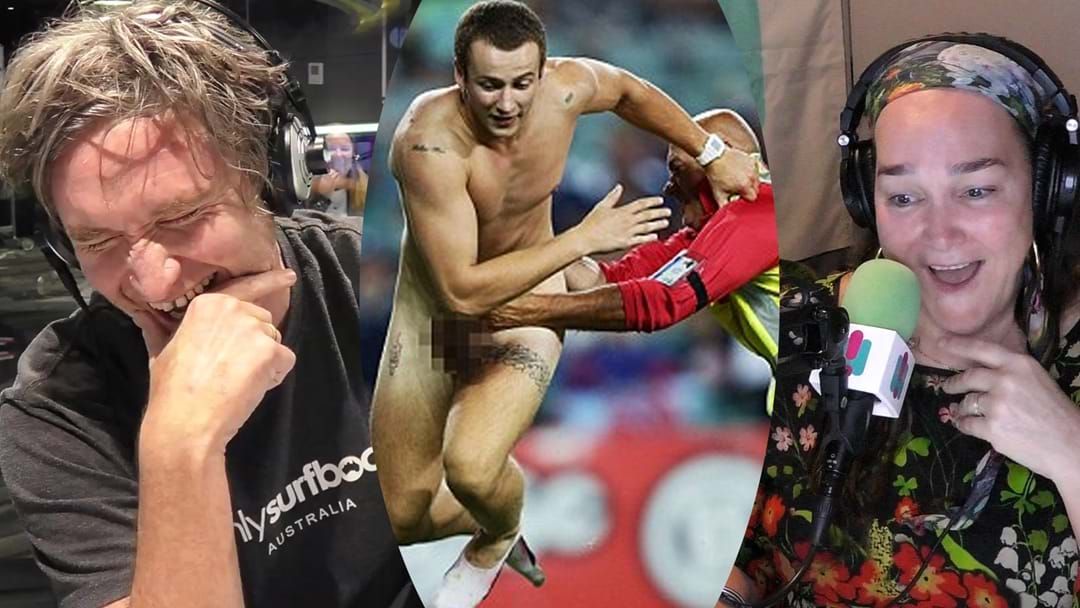 Each Wednesday we hear from callers with amazing coincidental stories, today's caller, Tristian, had a coincidence that has to be heard to be believed.

In 2016, Tristian was in Australia on a working visa, visiting from the UK. While here, Tristian attended a Rugby Union match in Sydney where he decided it was a good idea to run onto the field, nude, during the play.

The video below shows this exact moment.

After landing himself a hefty fine for trespassing onto the field, he was deported back to the UK. A few months later, while at his new job back in the UK he came across someone that made this one of the best 'Coincidental Wednesday' stories we've ever had!

Hear the full story below: