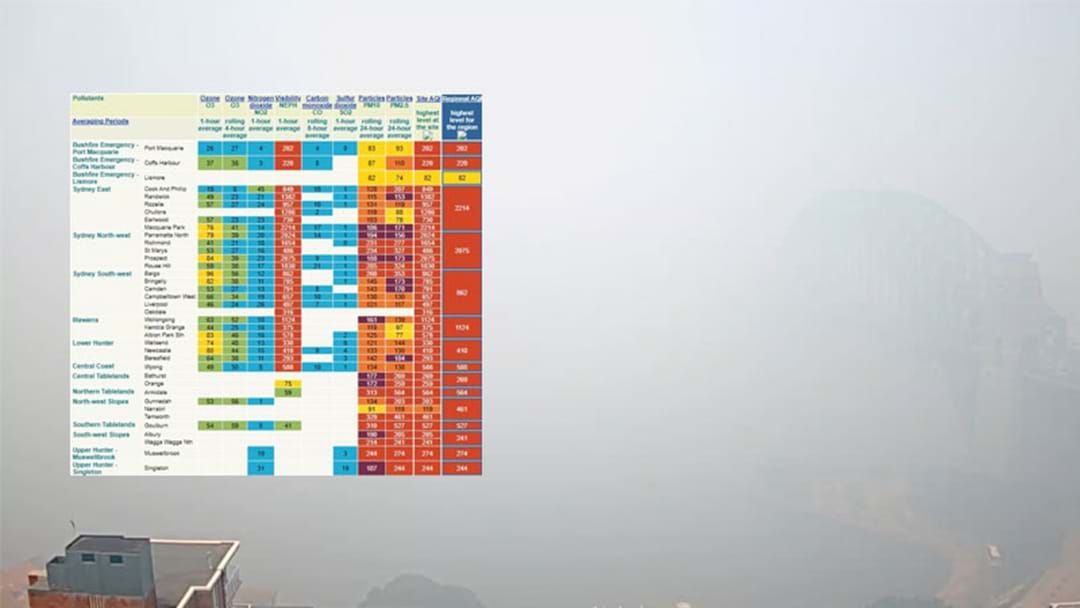 Sydney is being choked by thick bushfire smoke, with the air quality index skyrocketing more than 11 times above "hazardous" levels.

The suburbs worst hit have been Prospect, Parramatta and Macquarie Park, which registered AQIs of 2,270, 2,00 and 2,220 respectively.

Any AQI reading above 200 is considered "hazardous".

The smoke is so heavy that it has triggered fire alarms across the city, with multiple offices evacuated as a result.

Sydney Ferries have suspended travel until visibility clears, with replacement buses scheduled to run in the meantime; similarly, Transport NSW is warning commuters that train stations may be affected by the smoke, which will interfere with Opal gates.

While a southerly change blowing in this afternoon is expected to help clear some of the smoke from Sydney's basin, it will only serve to make firefighting efforts more difficult.

For tips on how to minimise adverse effects of bushfire smoke, click here.

Listen to the latest update below: