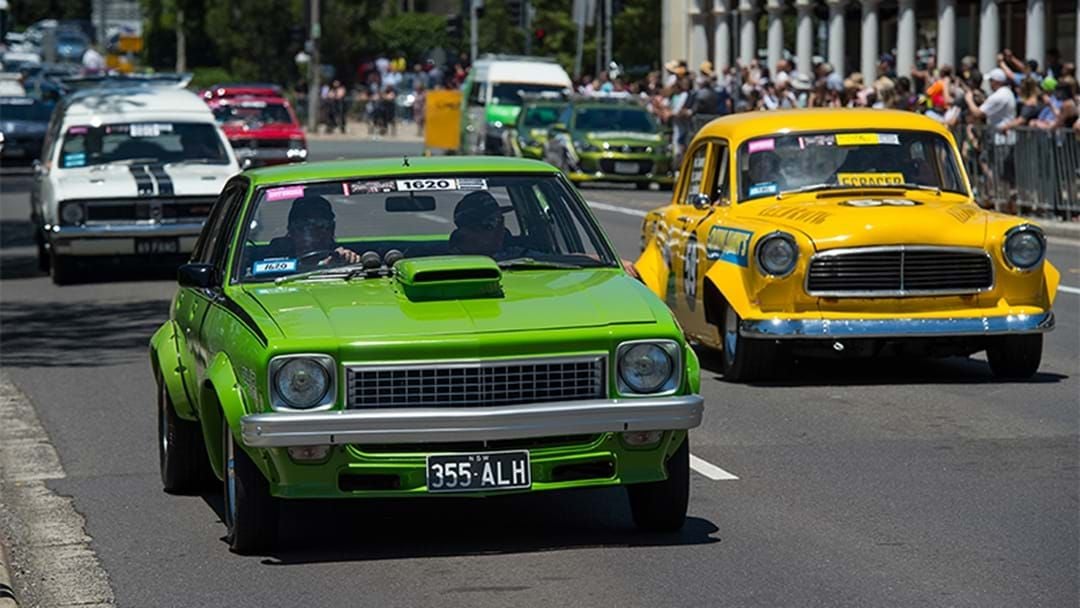 The 34th edition of Summernats (Summernats 34) has been rescheduled to January 2022, but as always the Summernats team is moving forward positively and is announcing an exciting program of events for 2021.

“ACT Health is using Exhibition Park as a COVID-19 testing facility until the end of November and can’t confirm we’ll have our venue back, which is an unmanageable risk to our event. Combined with ACT Health’s recently released protocols that exclude outdoor multi-day festival events of more than 5,000 people, a pathway to a January Summernats is impossible.

While Summernats attracts over 100,000 auto fans and 2,000 vehicles to Canberra’s Exhibition Park each year, organisers will be staging a reduced capacity Summernats-style event – Summernats Rev Rock ‘n’ Roll – in March as part of their national program of COVID safe events.

“The Summernats isn’t in the doom and gloom business, we’re in the good times business, so we’re moving forward and announcing a calendar of exciting, COVID-safe events for 2021,” Lopez said.

“This includes the new Summernats Rev Rock ‘n’ Roll festival at EPIC in March, and we’ll be bringing the full Summernats festival back to Canberra in 2022.

The Summernats Rev Rock ‘n’ Roll festival will be staged at Exhibition Park on March 5 to 7, 2021. A maximum of 5,000 spectators and entrants will enjoy much of what makes Summernats Australia’s best automotive festival.

The Summernats Rev Rock ‘n’ Roll festival falls on the massive Canberra Day weekend. It’s a centrepiece of the Enlighten Festival, which includes the lighting and projection program, Symphony in the Park, the Balloon Spectacular and Skyfire. March 2021 is shaping to be a much needed busy period for Canberra’s accommodation, hospitality and attraction industry.

“Summernats is an important event on the Canberra calendar, bringing tens of thousands of visitors each year to town who support local businesses,” ACT Chief Minister Andrew Barr said.

In more positive news, Summernats fans can still start the New Year in top gear at a brand new event held at Sydney Dragway – the Summernats Slam – on the traditional Summernats weekend, January 8 to 10.

The Summernats Slam is the last qualifying event for the 2021 Burnout Masters Grand Final at the Summernats Rev Rock ‘n’ Roll in March. Other highlights include a massive drag racing comp on Sydney’s brand new $11m track, a street machine show complete with judged awards, and over $30,000 in prize money.

The event will be run under NSW COVID-safe guidelines, with the crowd capped at 5,000 people per day including strictly limited entrants, social distancing, ticketed tiered seating and other protocols.

Summernats full 2021 national program of COVID-safe events has been confirmed, which is great news for the Australian automotive community and associated industries.

“We want to thank our partners, including Street Machine, Rare Spares and all our fantastic sponsors for sticking with us through this process,” Lopez said.

“Most importantly, a huge thank you to the Summernats faithful, the guys and girls who bring the cars, and the fans who come to appreciate them every year.”

Spectators and entrants tickets already purchased for Summernats 34 will be transferred to the 2022 dates, and all purchasers have been sent ticket transfer and refund info.

Australia’s favourite horsepower party, the Street Machine Summernats, proudly supported by Rare Spares, will return in its full glory at Exhibition Park, Canberra on January 6 to 9, 2022.