Entertainment News'Stranger Things' Creators Give An Update On Season 5

'Stranger Things' Creators Give An Update On Season 5

Things are gonna be a bit different! 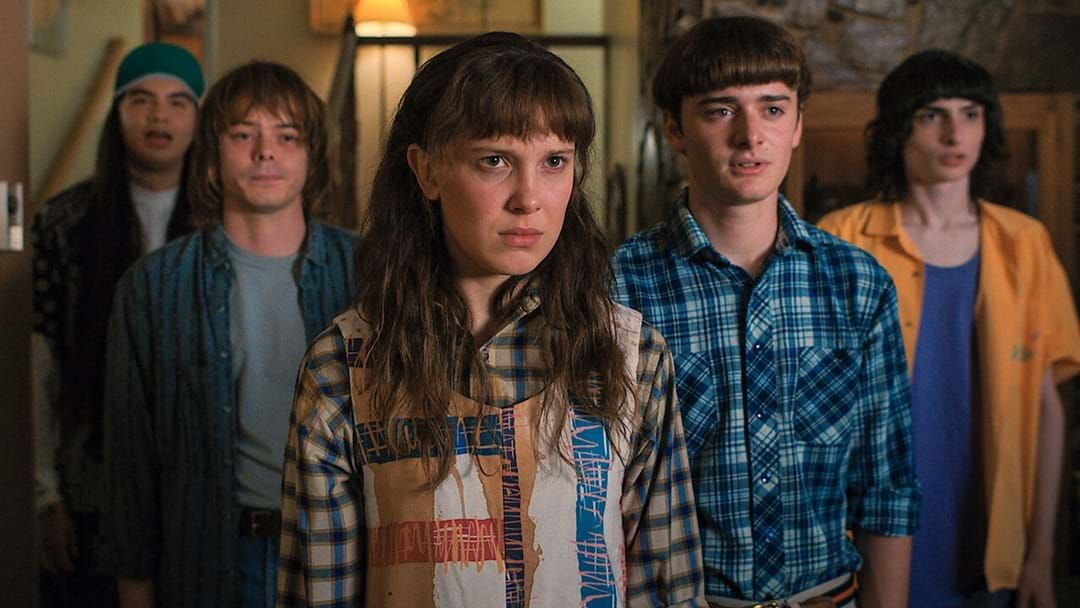 *HEADS UP: This article contains spoilers for Strangers Things 4, Vol. 1 and 2*

While we’d like to pretend we weren’t crawled up in a ball, covered in Cheeto dust and swamped in a pool of our own tears as Stranger Things S4 Vol. 2 came to an end, we can’t lie to you!

With the finale hinting at the ‘Beginning of the End’, we just want to know: when can we expect Season 5?!

Those who were anxiously awaiting the release of Season 4 (like us) found themselves waiting a whole 35 MONTHS for the latest episodes but, thankfully, that seems to have been a one-off.

Multiple reports have suggested Stranger Things Vol. 4 was originally slated to be released in 2021, but that pesky little pandemic had a heavy impact on production.

To account for the change to their production schedule, the show’s creators (the Duffer Brothers) have revealed the next season will feature a ‘time jump’ to account for the actors growing up.

“I’m sure we will do a time jump… Ideally, we’d have shot [S4 and S5] back-to-back, but there was just no feasible way to do that,” Ross Duffer admitted to TVLine.

“The ending is the hard thing… We really want to stick the landing,” Matt Duffer added.

We just want justice for these two!:

While S4 was set six months after the events of the preceding season, we can probably expect a gap of at least a year between S4 and S5.

After all, it would be more than a bit jarring seeing a cast of adults playing a group of children.

That raises another question: how will they address the imminent threat depicted at the end of the latest finale?

Only time will tell…!