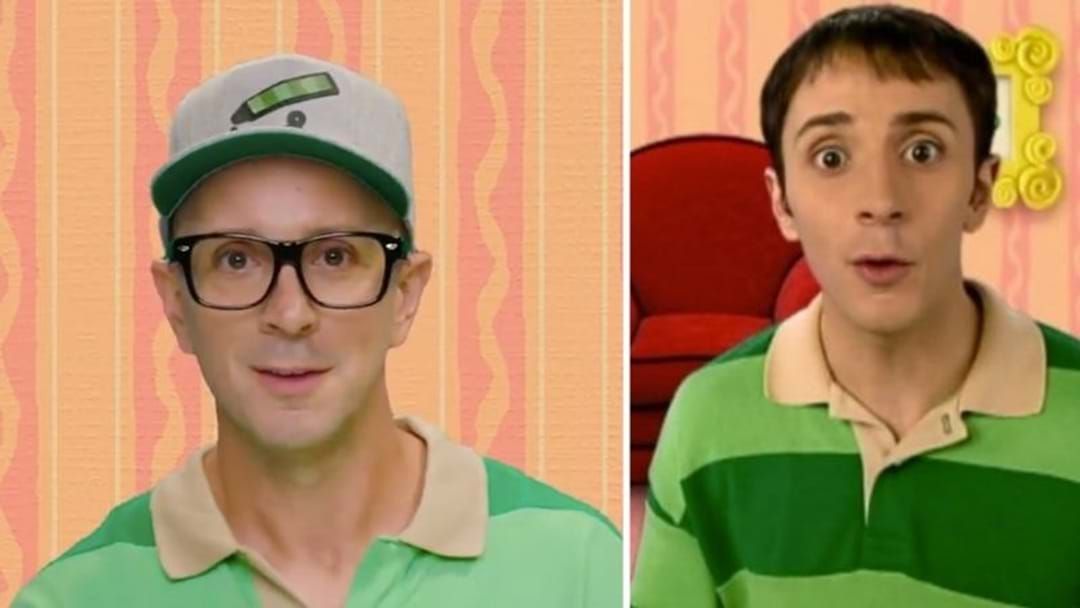 Attention 90's kids, Blue's Clues O.G host Steve Burns has just dropped a video explaining why he left us high and dry all those years ago and it's nostalgic AF.

The former host of the super popular Nickelodeon kids show appeared in a video posted to the Nick Jr. Twitter account for the show's 25th anniversary.

Burns finally addresses his abrupt exit from the show back in 2002, which broke the collective hearts of Blue's Clues kiddos everywhere.

In the video, we finally find out why Steve left us and tone honest, I think it's helped to heal the abandonment issues we developed from his shock exit.

"You remember how when we were younger, we used to run around and hang out with Blue and find clues and talk to Mr. Salt and freak out about the mail and do all the fun stuff?" he said.

Pshht, as if we would accept just any random dude in a striped shirt as our new best friend, anyway...

"...And then I got on a bus and I left and we didn't see each other for like a really long time? Can we just talk about that? Great. Because I realise that was kind of abrupt."

During his video, Burns looks almost exactly the same as we last saw him, sporting his token green striped shirt and hat, but looking noticeably more mature making us all feel super old.

Burns goes on to explain that he bailed from the show to go to college so that he could chase his dreams which is truly bloody inspiring.

"I got to use my mind and take a step at a time and now I literally am doing many of the things that I wanted to do."

He also took the opportunity to acknowledge all of the things his now much older audience have achieved since his departure.

"I mean, we started out with clues and now, it's what?" he said.
"Student loans and jobs and families? And some of it has been kind of hard, you know? I know you know."

Just to really tip us over the edge, Burns explained that he couldn't have achieved everything he has without us, smacking us right in the damn feels.

"I wanted to tell you that I really couldn't have done all of that without your help and in fact, all the help that you helped me with when we were younger is still helping me today, right now. And that's super cool," he said.
"I guess I just wanted to say that after all these years, I never forgot you. Ever. And I'm super glad we're still friends."