Entertainment NewsSix Totally-Bingeable Television Bangers To Get You Through Lockdown

Six Totally-Bingeable Television Bangers To Get You Through Lockdown

We've got you covered 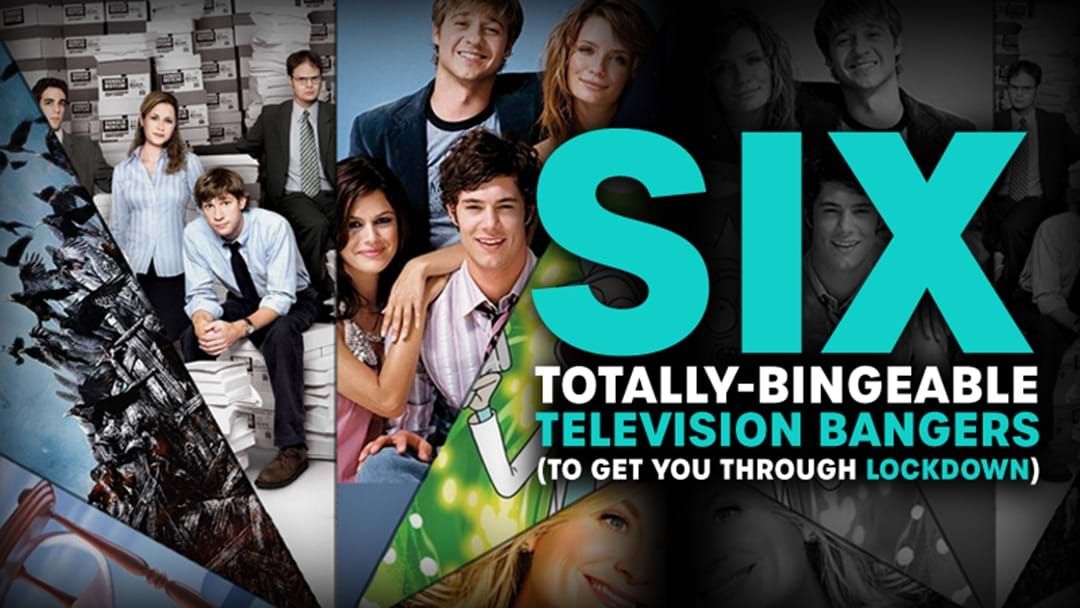 Oh lockdown… Love it or hate it, it’s a great excuse for some much-needed R&R and a good opportunity to give yourself some love.

It’s also the perfect time to enter a steady relationship with your couch and binge-watch television, if you’re into that.

We’ve compiled a list of six totally-bingeable television bangers, including what makes them great and, most importantly, how long it would take to get through them in their entirety.

What makes it great: Having been the absolute peak of mid-naughties teen TV, there’s no way we couldn’t include The O.C. on this list. The series follows Ryan, a misunderstood teen who moves to Orange County, California, after being released from prison. What really sticks out is how the characters relationships intertwine, having some *substantial* depth not found in other shows of the era. It’s good, watch it.

What makes it great: There’s something just so *wholesome* about the cringe-inducing humour of The Office. While we totally get that it’s not necessarily to everyone’s tastes, the characters are all so unique and endearing, and those who have worked in an office might find it a bit too relatable. We’ll also go so far as to say the US Office trumps the UK original. Sorrynotsorry.

What makes it great: Even if you haven’t seen Game of Thrones, you’ve definitely heard your fair share about it. We won’t judge you for probably knowing how to pronounce Daenerys Targaryan.  It’s just one of those shows that’s gotten better since everyone finally stopped talking about it. While the absolutely bonkers amount of hype around the show left it feeling flat in its final season, the whole series is just a spectacle that needs to be seen to be believed.

What makes it great: Don’t even get us started on Parks and Recreation. If there has to be a perfectly-crafted sitcom that makes you feel *all* the good feelings, this is it. The whole cast is so gosh-darn charismatic and Amy Poehler, Chris Pratt and Rob Lowe really have you wanting the best for them throughout the seven-season series. Finishing the show always feels like saying goodbye to friends, but, really, it’s just another excuse to start again.

What makes it great: To be fair, you have to have a very high IQ to understand Rick and Morty. The humour is extremely subtle, and without a solid grasp of theoretical physics most of the jokes will go over a typical viewer's head. There's also Rick's nihilistic outlook, which is deftly woven into his characterisation- his personal philosophy draws heavily from Narodnaya Volya literature, for instance. The fans understand this stuff; they have the intellectual capacity to truly appreciate the depths of these jokes, to realise that they're not just funny- they say something deep about LIFE.

What makes it great: We’ve got to be honest, we only know about Days of Our Lives because of Friends. Hear us out, apparently the show gets real good once you enter the 469th day of viewing.

Keep up to date on all entertainment news by following the Hit Entertainment podcast on LiSTNR: