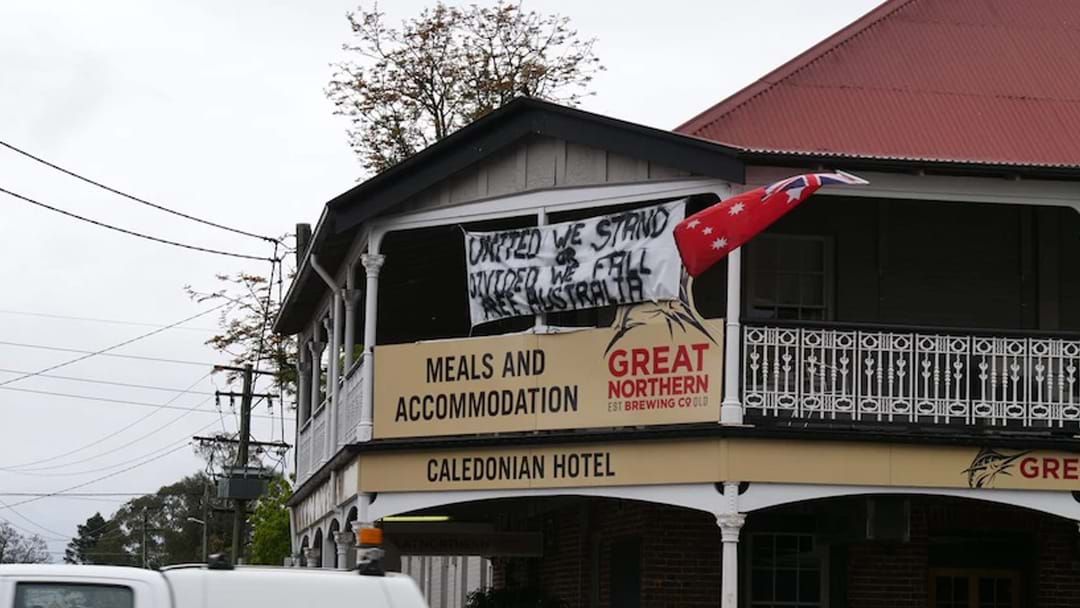 The owner of infamous "freedom" pub in the NSW Hunter Valley region has been fined for public health order breach, after refusing to adhere to vaccination standards.

The Caledonian Hotel in Singleton, west of Newcastle, have taken to social media to share their thoughts on the vaccination mandate for indoor venues and hospitality.

Per the social media post, the owners say they will "never give up fighting against the tyrants and evil that threaten our very own freedoms and liberties".

"Abiding by the law, we will not be invading people's privacy and asking for their medical status. Let's hope that those who uphold the law can do the same," a post from the pub management read.

Owners were disgruntled and described the requirements as "shameful and disgusting".

On Monday police issued a $1,000 fine to the venue licensee, for failing to present vaccination status at a high-risk premises.

"Officers have spoken with the licensee and reminded him of his obligations under the Public Health Act," a police spokesperson said.