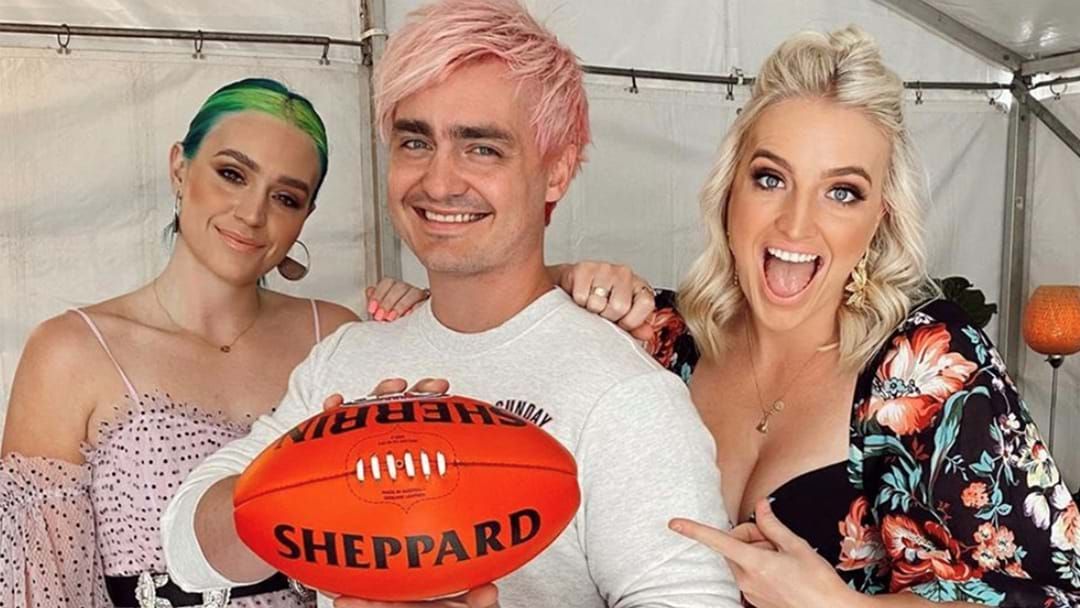 Aussie band Sheppard has been on a footy finals cloud nine after their performance at the AFL Grand Final recently and while nothing has slowed down for the guys, they revealed how they almost didn't make it on stage!

Siblings George, Emma and Amy need to keep in touch as a band as a family during COVID and have taken to using Snapchat to keep their spirits high, with one of the band members providing the LOLs with their daily 'A Dope A Day' updates AND could they be the next Kardashians via Snapchat?

In independent research commissioned by Snapchat this year, they uncovered that when Aussies start conversations with their friends, they opt for humour. 42% would send a pic of them and their friends together, where 38% opt for a funny GIF or meme.

When it comes to new music, Amy and Emma also revealed they have HUGE plans for their new album!

You can pre-order Sheppard's album Kaleidoscope Eyes out of Feb 19 here.