Melbourne NewsSevere Thunderstorms, Large Hail And Rain On The Way

Severe Thunderstorms, Large Hail And Rain On The Way 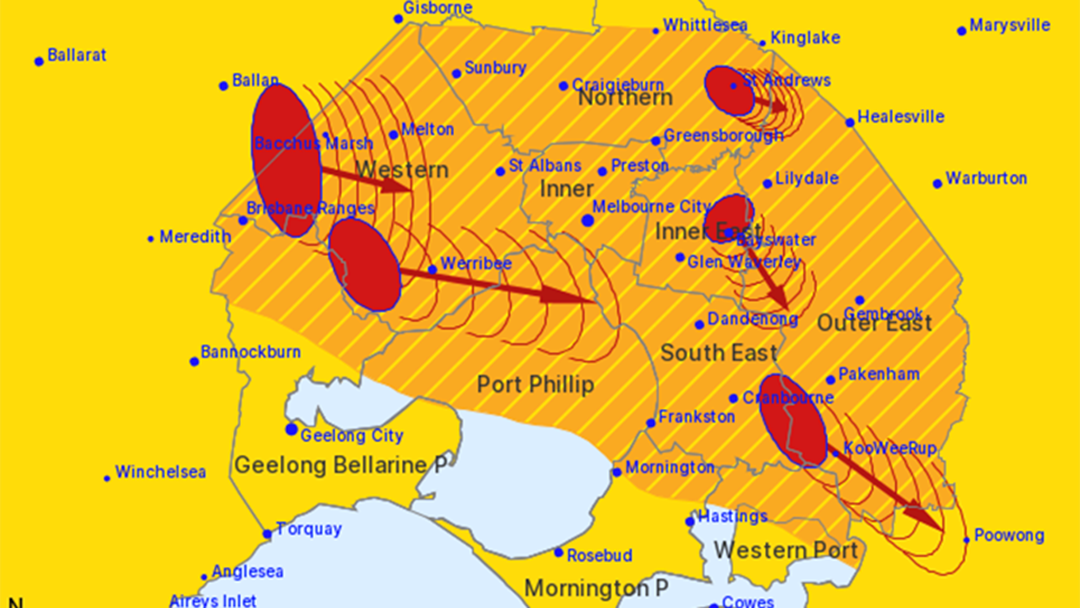 Victorians are being urged to remain vigilant as severe thunderstorms, with large hailstones and heavy rainfall hit the state.

It is forecast that there could be locally heavy rainfall of up to 50-60mm in some areas.

“It is forecast that slow moving storms will bring heavy rainfall with the potential for flash flooding across the state. Just this afternoon She Oaks recorded 54mm in 50 minutes."

“Flash floods can happen quickly, without warning and it is important to never enter or drive through flood waters, as it can take just 15 cm of water to float a car,” he said.

“Last night the SES Corryong Unit were called to an incident in Nariel Valley, where a major sinkhole developed in the road, all of which was caused by a thunderstorm.”

“Stay aware of your surroundings and if you’re travelling or are in unfamiliar places, make sure you are aware of the local risk.”