The search enters it's second day 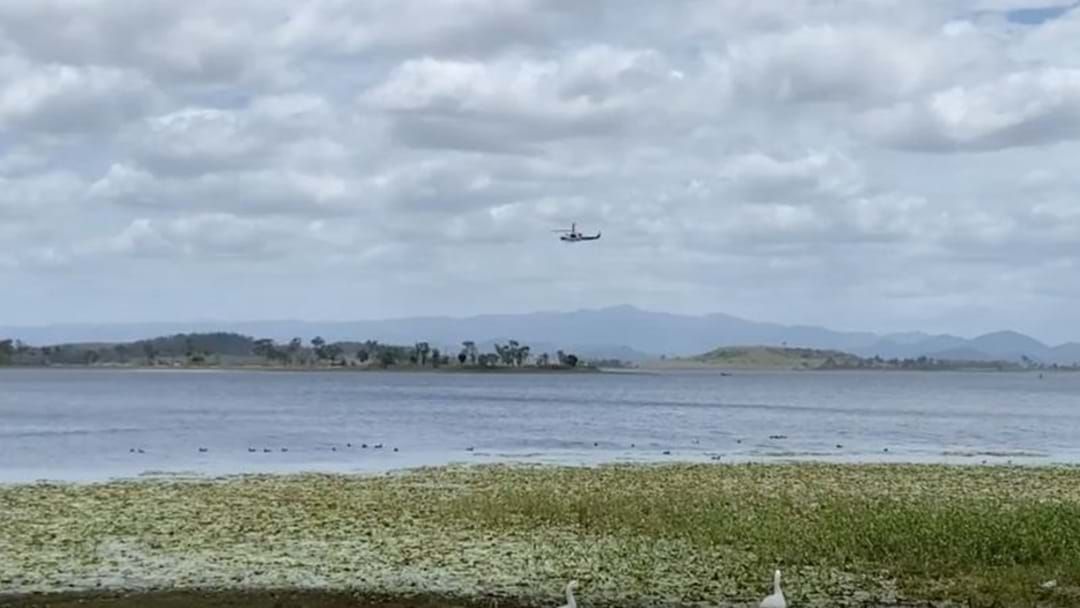 A Cairns man who was camping with his wife in Mackay is feared drowned after falling into the Kinchant Dam.

A search mission has been launched to find a man’s body after he fell into the Kinchant Dam on Tuesday.

The search has now entered its second day after police divers withdrew from the search at around 7PM yesterday.

According to witnesses, a boat was seen in the area circling at around 11:15AM when the man was spotted going underwater but failing to resurface.

It is believed the Cairns man was holidaying with his wife who raised the alarm after the incident occurred.

Members of the public joined the search as his wife was comforted on the shores of the popular dam.

Divers were deployed at the dam at around 4PM, officially beginning the search in the water an hour later.

The search appeared to be focused on one particular area.

According to police, divers met at Eton station to develop a plan for the second day of searching.

An air team, QLD Fire and Emergency, Paramedics, an RACQ CQ Rescue team and police attended the scene at 11:15AM.

According to Senior Sergeant Trevor Robson, police are still trying to understand how the man came to fall from the boat.

“Members of the community have reacted really quickly, there were three vessels out on the water almost immediately after he had gone in … and at this point in time they’re still helping us.”

The 63-year-old’s wife was not on the boat when the man fell but was watching from the bank.

The search efforts are now believed to have transitioned into a recovery mission.