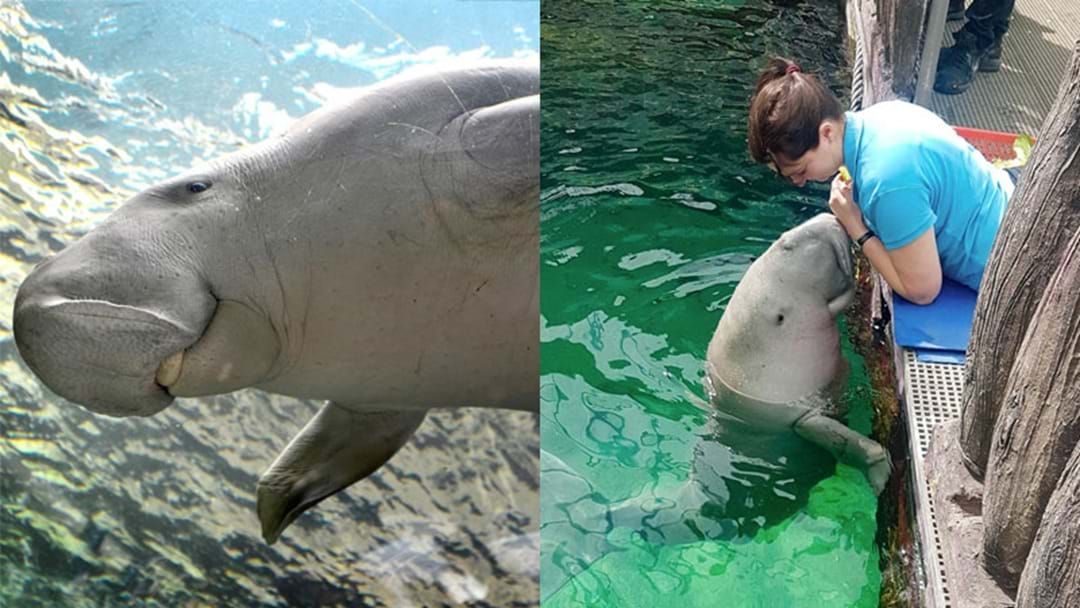 Cancel all your upcoming Skype meetings asap, you simply cannot make it anymore: SEA LIFE Sydney Aquarium is about to air a live stream of their resident dugong enjoying playtime.

Although the aquarium is still open, they’ve decided to air the live stream on Facebook for all those who need to remain home during this time.

The keepers will be airing playtime with Pig at 10:45 am TODAY, where you will not only be able to watch the adorable sweetheart live his best life, but you’ll also be able to ask any questions in the comments.

"Pig, affectionately named after his eating habits, is one of only two dugongs in human care in the world and has called SEA LIFE Sydney Aquarium home since late 2008. Pig was rescued from Forrest Beach in North Queensland when he became separated from his mother at a very early age, and after a period of rehabilitation, Pig was released back into the wild. However when he was found washed up again the decision was made not to release him for fears he wouldn't survive."

You will be able to find the livestream at 10:45am here.