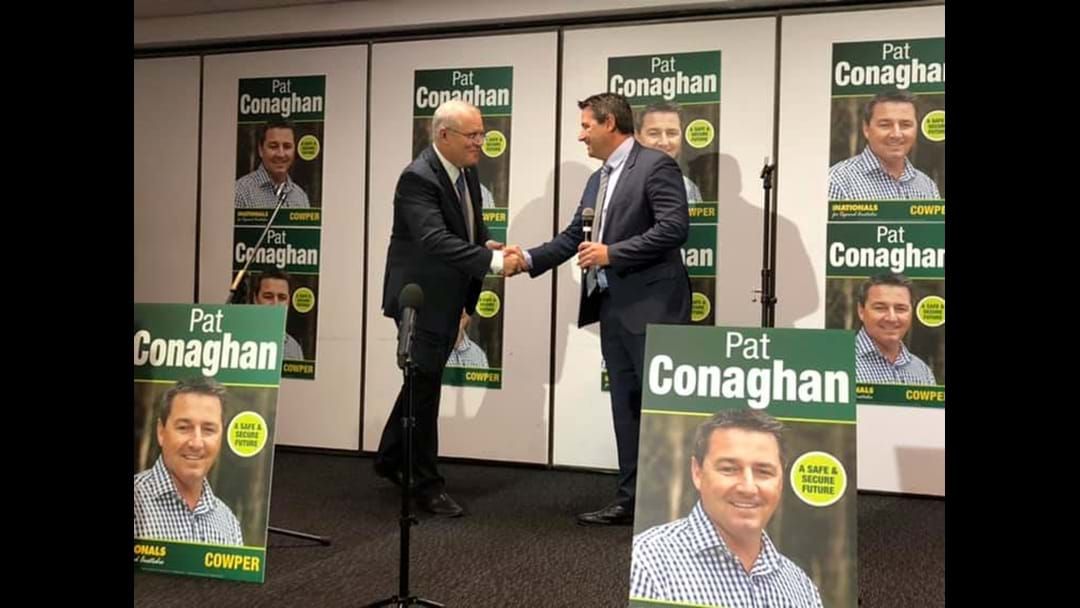 Prime Minister Scott Morrison has made the trip to Port Macquarie today to campaign alongside Nationals Candidate Patrick Conaghan.

Top of the agenda was the commitment of $4.5 million dollars, for the Port Macquarie Tidal Pool.

Mr Morrison pledged his Government would finish the feasibility study, finalise planning and design, and get the project done.

The Prime Minister said his Government had listened to the local community and the 18,000 people who had signed the petition to the Port Macquarie-Hastings Council.

“A tidal pool in Port Macquarie is one of those projects which has been talked about in the community for decades and my government and our candidate Pat Conaghan will make it a reality,” the Prime Minister said.

The Nationals Candidate Pat Conaghan said he had lobbied hard for a serious commitment to the project on behalf of the local community.

“There is going to be widespread benefits throughout the Port Macquarie community as a result of this project,” Mr Conaghan said.

"All he did was announce a non existent project which is nothing more than an idea," Mr Woodward said.

He points out that since studies are yet to be completed, it's unclear if it's technically feasible, environmentally feasible, and how much it'll actually cost.