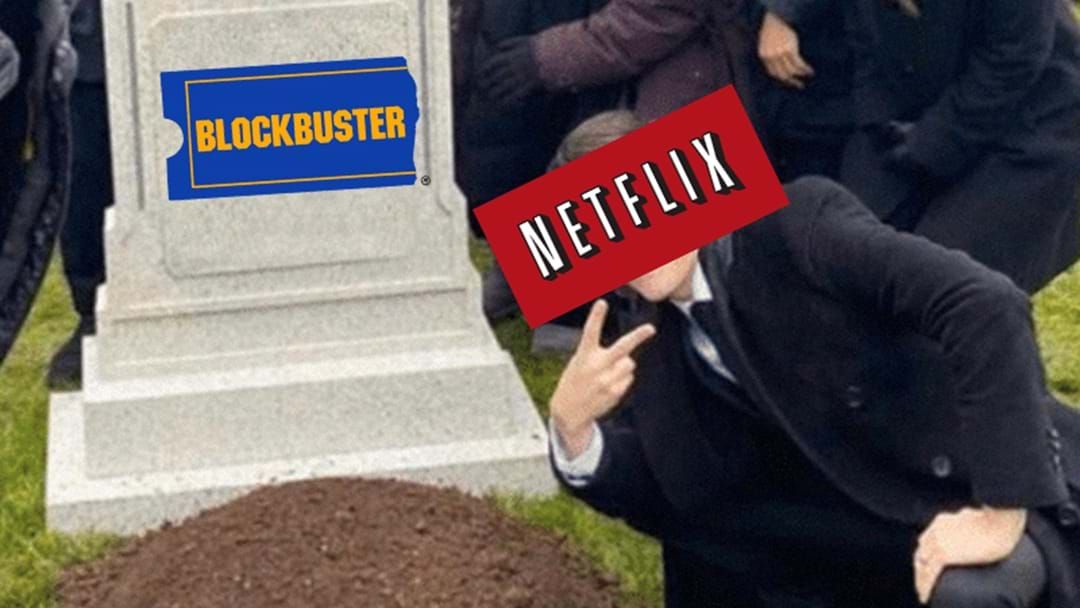 In one of the most backhandedly savage moves we’ve ever seen, Netflix have greenlit a comedy series about the last Blockbuster Video store.

For a bit of context, Netflix are almost single-handedly responsible for the end of the iconic chain, who turned down the offer to purchase the streaming giant back in 2000; a move which proved to be disastrous.

Now, Netflix are perpetuating the saying “You can’t spell ‘slaughter’ without ‘laughter’”, greenlighting a comedy series about the very group they destroyed.

Blockbuster (the show) is a single-camera comedy created by the team behind Superstore and produced by Universal, who acquired the rights to the Blockbuster logo and uniforms before selling the series to Netflix.

While we don't have a release date or a cast list, we do know Randall Park will be the series' lead, adding another notch to his strange-yet-impressive resume, which includes everything from a PAW Patrol movie to BoJack Horseman and even a role in the Marvel Cinematic Universe.