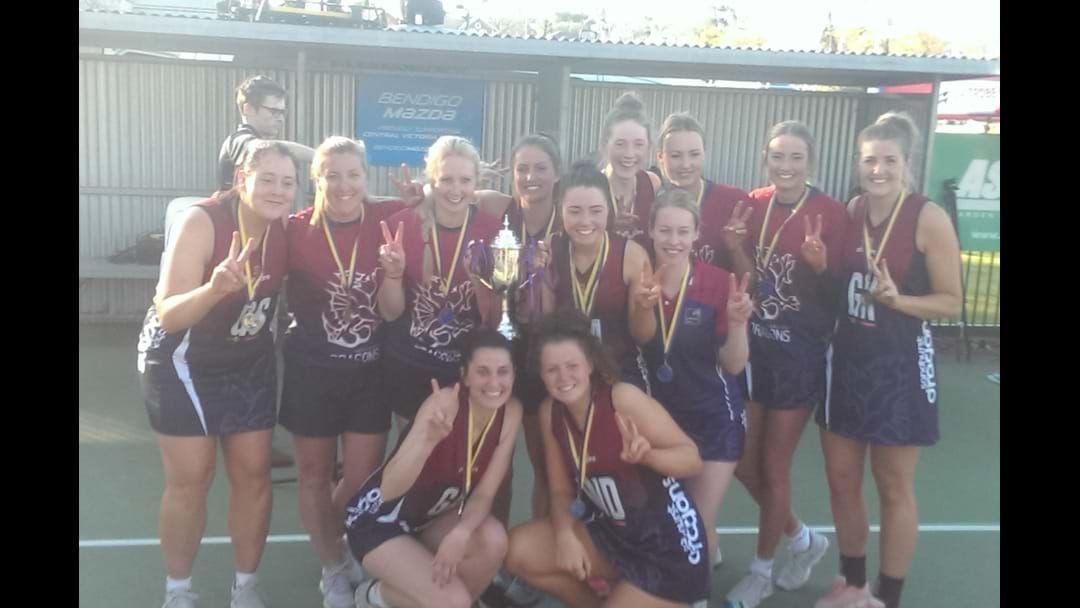 It took extra time for Sandhurst to claim back to back A Grade titles in the Bendigo Netball League, defeating Gisborne 53-47.

The Bulldogs came from 9 goals back at three quarter time to have Ella Bertachinni tie the game at 43-apiece after the final buzzer.

However the Dragons were more composed in overtime and went on to secure the club's third netball premiership of the day.

Meg Williams was named best on court for the second straight year and said after the game she had all the confidence the team would get home.

"There's no better feeling than to (win the premiership) with your best mates," Williams says.

"We've grown so much as a team together and to do this with them was extra special."

Sandhurst was also successful in the B grade, defeating Golden Square 48-37 and in the Under 17's, completing a 40-33 win over Gisborne

Kyneton won the A Reserve after coming from behind to defeat Kangaroo Flat 48-47, and South Bendigo needed extra time to defeat a persistent Strathfieldsaye 48-43 in the B reserve.