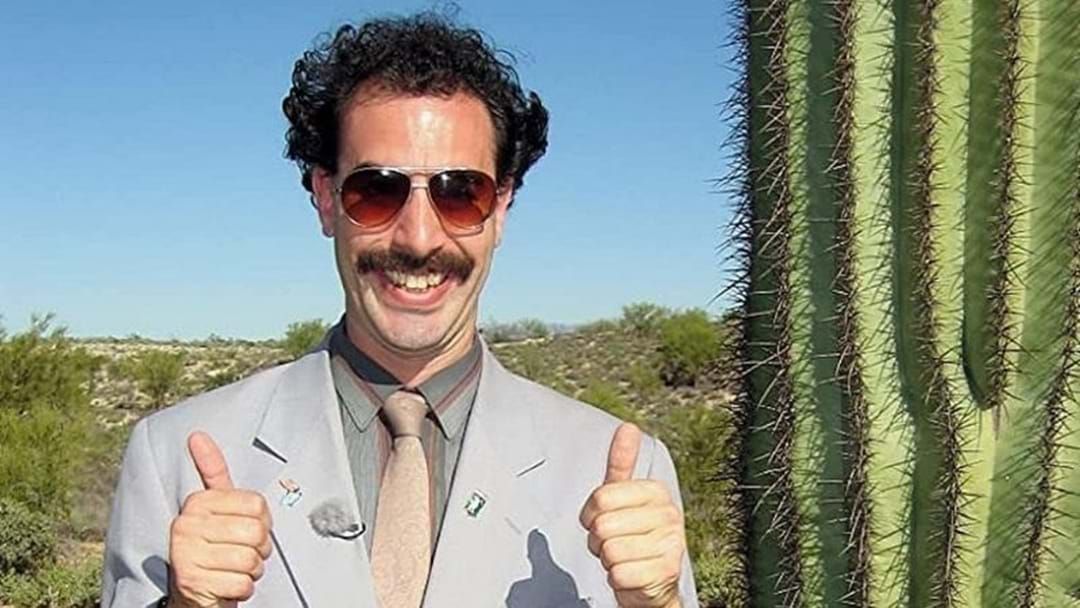 Just when we thought the world couldn't get anymore chaotic, Sacha Baron Cohen decides to drop Borat 2 on us.

Rumour has it, the second instalment has wrapped filming and has been screened for a handful of industry people in the US.

We aren't 100 percent sure what the storyline is for the second movie, but if it's anything like the first, it's sure to be chockablock full of inappropriate shenanigans and unruly chaos.

Last month, LA locals found themselves driving alongside Cohen in his full Borat attire which they managed to capture on camera...

Apparently, the sequel will feature Borat in full force, but with a slightly different spin on things.

Given the worldwide popularity of the first film, grossing $360 million Australian, everyone now knows what the Khazkh trouble maker looks like, so we're guessing he'll be going deep undercover to get his hilarious interviews.

We aren't sure who's financing the film but we've heard Cohen could be funding the film himself, not that anyone asked for it, but hey - 2020 has been full of surprises and Borat on the loose is probably the least of our problems!

We are listening out for an official release date! Who knows, this could be exactly what 2020 needs!

Catch up on the latest in Entertainment news below....