SA Premier Clears Up Confusion Over Border Rules Ahead Of Reopening 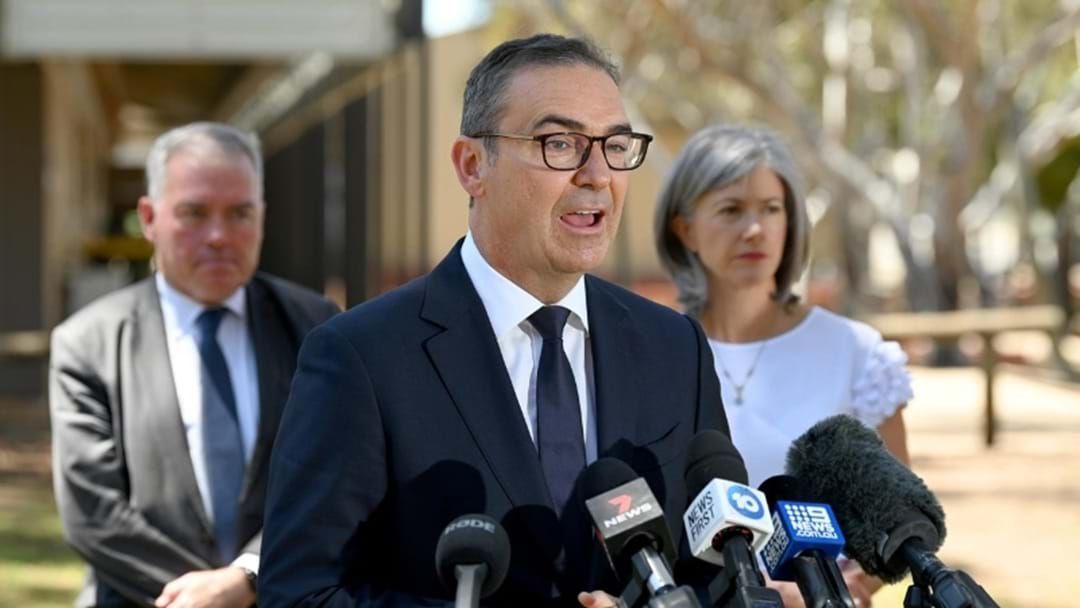 From November 23, double-dosed travellers from across Victoria and NSW, except for Byron Bay LGA will be able to enter South Australia without quarantining.

SA Premier Steven Marshall declared they had crunched the numbers and every LGA in both states, barring Byron Bay had reached at least 80 per cent vaccine targets.

Confusion during the week erupted over a statistical anomaly which saw Chief public health officer Nicola Spurrier announce that if you lived in an area in NSW or Victoria where the vaccination rate was below 80 per cent, you’d be required to quarantine upon arrival into SA.

Bases upon outdated population data from the federal Census in 2016, the inaccurate statistics have since been reviewed and reconfigured.

"This has caused enormous frustration for people who haven't been sure regarding whether they can come in from next Tuesday or not," Mr Marshall said.

"The good news is that's all been clarified now, and as of next Tuesday we are good to go."

"We’re the first  jurisdiction in the entire country that is Covid free and lifting borders," the Premier boasted. "There are some risks associated and that is what we are putting these speed humps in the way of the disease taking hold in South Australia".

The EntryCheck system is a requirement for anyone entering South Australia, and assesses a persons vaccination status, departure location and Covid risk.

In addition, the state's Vaccine Check and Health Check apps are set to go live before next Tuesday when borders open.

South Australians will now be able to upload their digital Covid vaccination certificates into the mySA Gov app, which is used to QR check-in at venues.