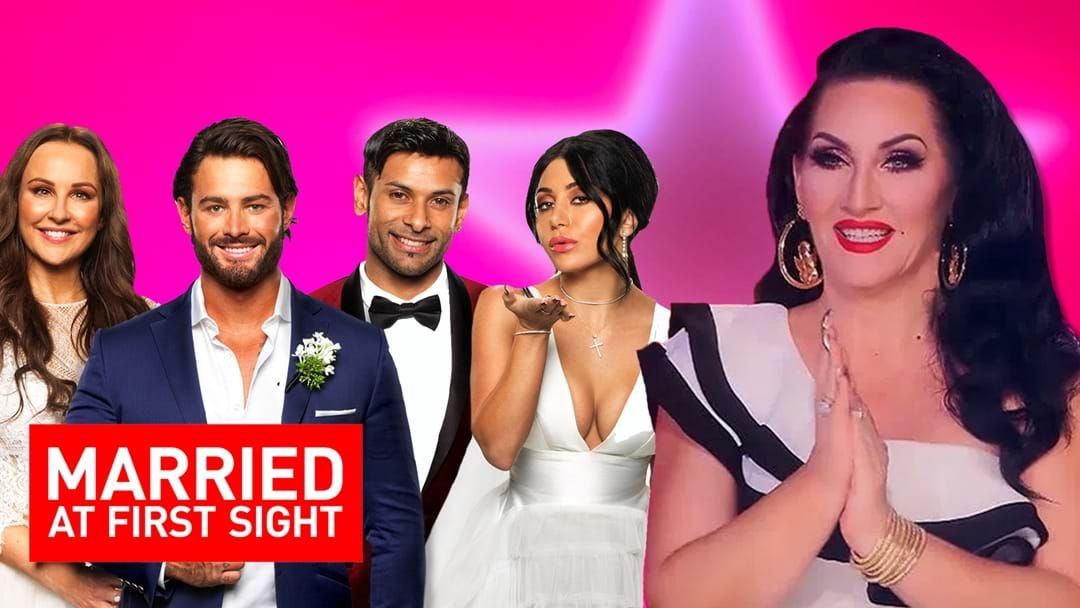 The track is called 'Heartbreak In This City' and is an epic remix from the band's current album 'What The Future Holds', rocketing to #1 on the iTunes charts in the UK as soon as it was released on Thursday.

Michelle has just wrapped filming Rupaul's Dragrace Downunder in New Zealand and we cannot wait for it to air exclusively on Stan later this year. When chatting with Entertainment Reporter Justin Hill, Michelle revealed while millions are fans of her on Drag Race, she is in fact a HUGE fan of an Aussie TV show... Married At First Sight!

There was one couple she is particularly fond of...

Coming together for their new collab wasn't the first time Michelle and STEPS Faye Tozer have crossed paths. They had the same dance partner on their respective seasons of the UK TV show Strictly Come Dancing and also played the same role in a musical on the west end.

Partway through their interview, Justin also pointed out the weird circumstances around their children's birthdays that lead to an even crazier story!

Check out the full chat below where Michelle and Faye reveal how the collab came about on that particular song!

Get your hands on 'Heartbreak in This City' here.