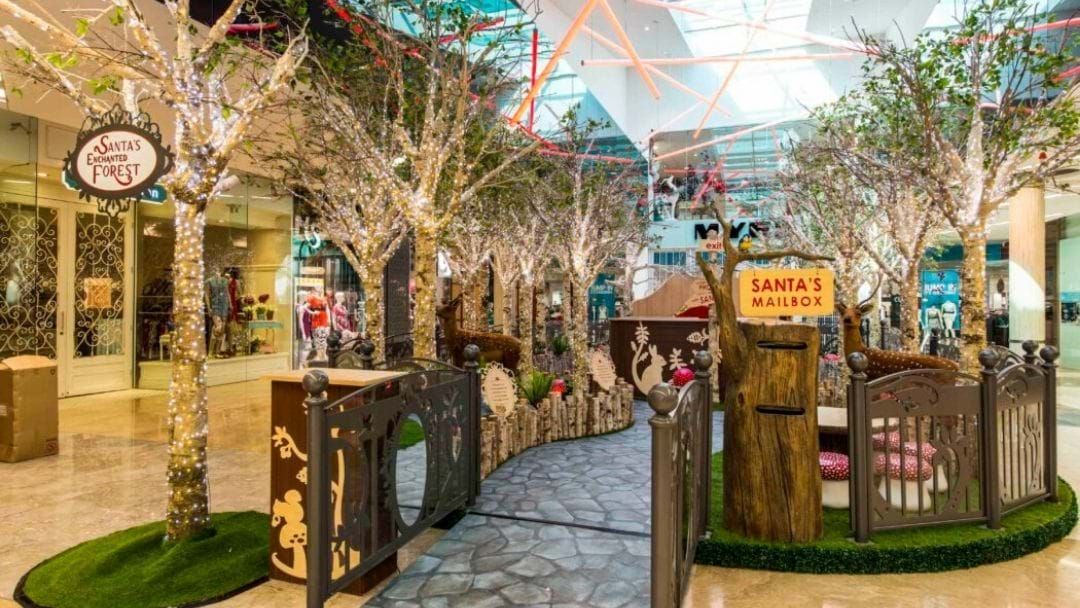 We can hear the Christmas bells ringing which can only mean ONE thing... Christmas is almost here!

With only six sleeps remaining until the big day, Santa's helpers at Robina Town Centre have extended their hours to ensure last minute Christmas shoppers don't miss out.

But it's not just the shopping centre extending their hours, Santa will also be parking his sleigh and hanging out in his enchanted forrest until late, giving kids the opportunity to handover their last minute Christmas list.

There will be plenty to see at Robina Town Centre in the lead up to the big day, with wandering entertainment, balloon artists, face painting and of course, Christmas carollers ready to sing you into the festive season.

For those looking for more unconventional entertainment, head in and get your 'Awkward Christmas Portraits' tonight from 5PM-9PM, where shoppers can dress up in ridiculous Christmas attire and get that uncomfortable festive shot for the fridge completely free of charge.

If you're hoping to get some time alone before you spend the entire day cooking and cleaning up after the kids on Christmas Day, drop the kiddies off to 'Kids Night Out' at Event Cinemas where they'll be treated to a screening of Frozen II.

This means parents will have three WHOLE hours to roam through the shopping centre, unencumbered by the stress of the children while you grab your last minute pressies or simply stop by one of the many restaurants and bars along the promenade for a festive bevy.

If you're seriously strapped for time, you don't even have to wrap your own pressies with LIVIN volunteers ready to wrap your gifts for a small gold coin donation with all proceeds heading to the LIVIN charity.

So don't be a stranger, head on over to Robina Town Centre for ALL of your Christmas necessities before it's too late. Check out the centre's opening hours below...

Missing the show? Tune into the podcast below...