Did you spot this? 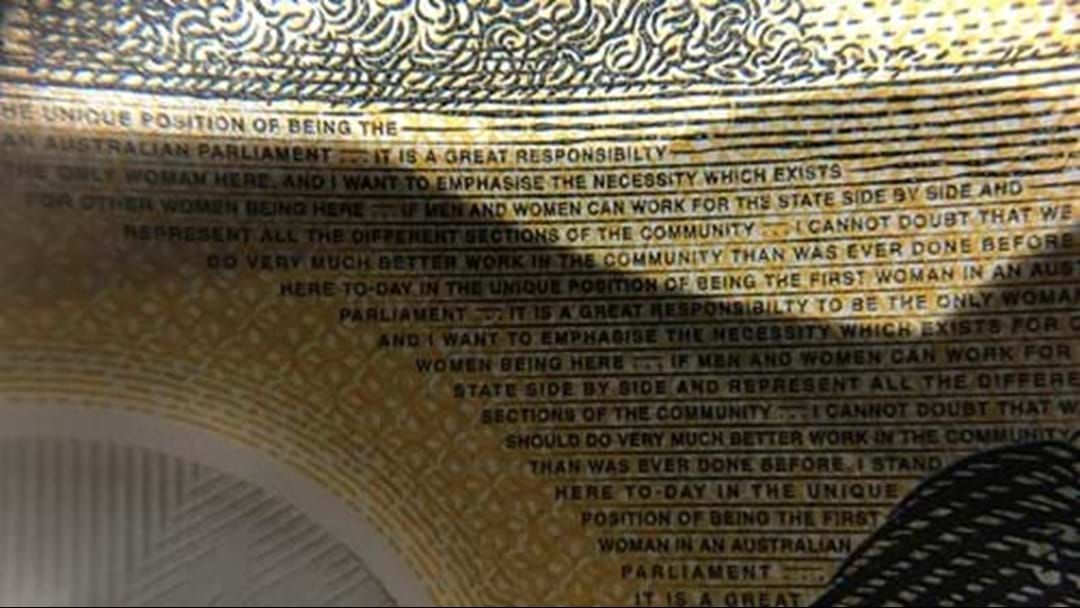 The Reserve Bank have confirmed they are aware of a spelling mistake on the new $50 note.

The error was noticed by an eagle-eyed listener on Triple M's Hot Breakfast this morning, who called in to point out the error.

The text is part of a speech by Edith Cowan — who features on the note itself — and reads:

“I stand here today in the unique position of being the first woman in an Australian parliament. It is a great responsibilty.”

The last "I" in responsibility has been missed, and it's not just once - the speech repeats all the way down the note with the typo there every time.

It’s almost unnoticeable unless you have a magnifying glass, which thankfully they did: