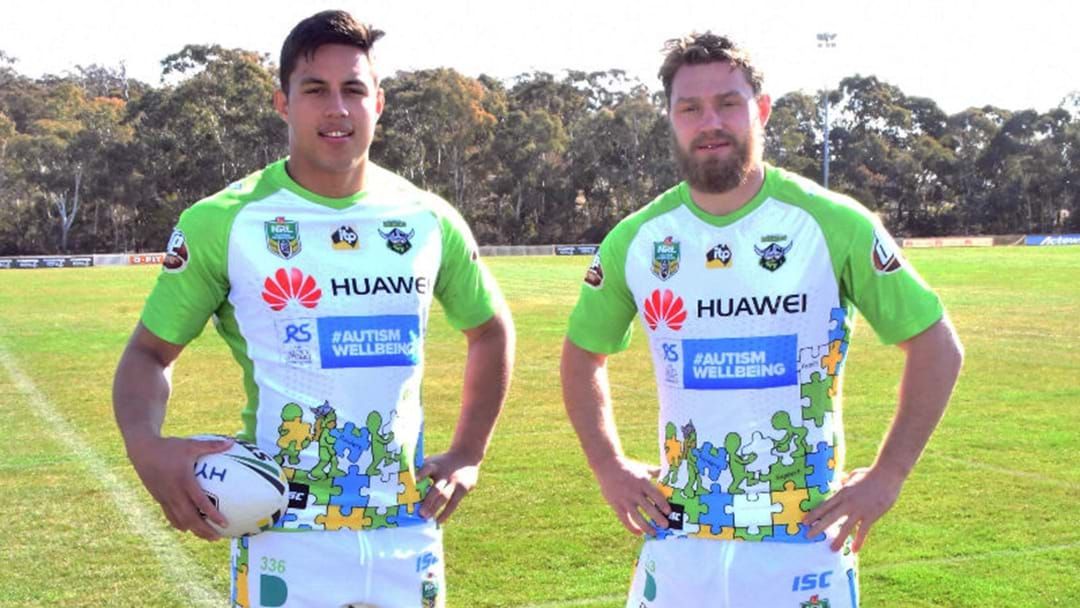 The Raiders will look a little different when they hit the field at GIO Stadium for Sunday’s clash against the Roosters!

Our guys will wear a special jersey to raise awareness for autism and money for the Ricky Stuart Foundation.

It features designs from two 10-year-old girls who won an online competition.

While, Neve Smith’s used stick figures in her design to emphasis our similarities, rather than our differences.

It’s accompanied by a Ricky Stuart Foundation quote “don’t look away, just smile” – urging us to challenges ourselves and accept people for who they are.

The same promotion last year raised over $41,000 through match-day fundraising and the online jersey auction.

“It’s gestures and fundraising like this that have helped us to open the second respite care facility here in Canberra in the Emma Ruby House,” he said.

The club hopes to beat last year’s amount this time around – but they need your support.

Make sure you head to Sunday’s clash against the Roosters at GIO Stadium! Gates open at 2:55pm with the main game at 4:10pm.

The match worn jerseys will be auctioned off online, after the game.