Ricky Stuart to be inducted 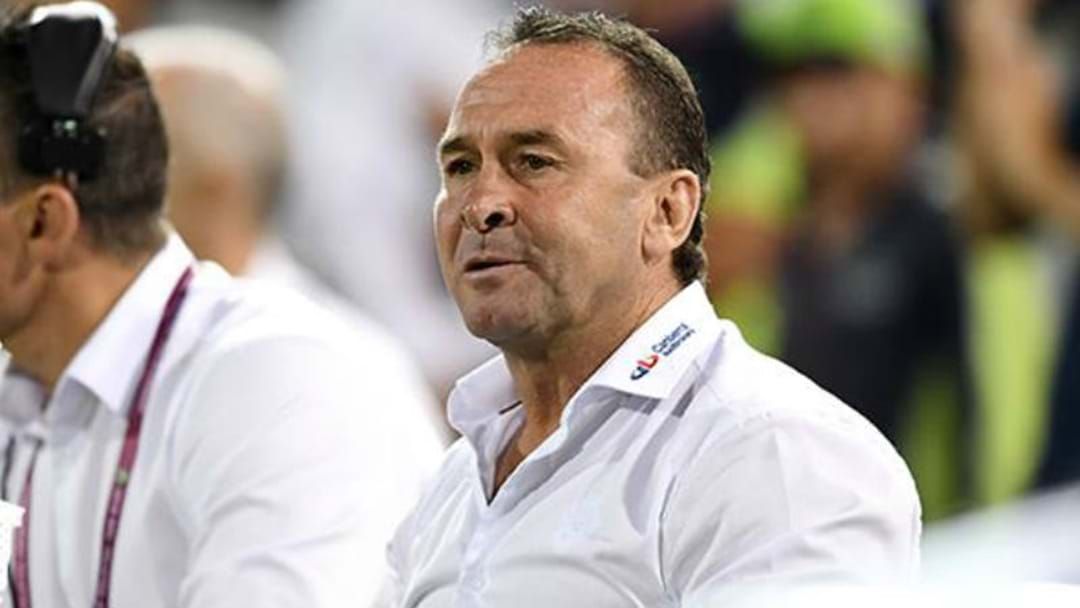 He’s played in three NRL premierships and represented NSW and Australia – so it comes as no surprise Ricky Stuart’s set to receive top honours for his achievements!

The Canberra Raiders coach will be inducted into the NRL Hall of Fame after being voted in from the 25 nominations earlier this season.

Stuart is among six of Rugby League’s top players who’ve been chosen for the honour – joining the likes of Petero Civoniceva, Mark Graham, Cliff Lyons, Steve Menzies and Gordon Tallis.

They’ll all formally join the Hall of Fame in a ceremony in Sydney on the 1st of August – becoming the first inductees to do so since the game’s Centenary in 2008!

“I don’t think anyone would doubt that these six players deserve to be ranked among the very best,” he said.

“Whether it was their speed, skill, stamina, toughness or passion, they each displayed characteristics required to retain a special place in the history of our game.”

Stuart also represented Australia and NSW between 1990 and 1994.

A huge well done, what an achievement!