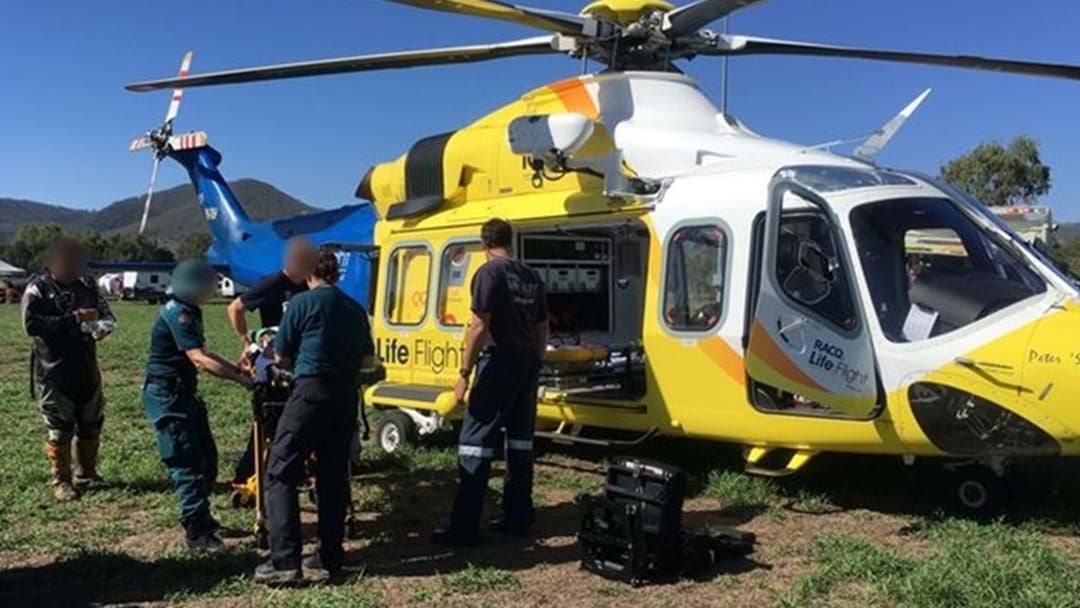 A quad bike rider has been seriously injured after falling 50 metres down a bank in the Mia Mia State Forest. The RACQ CQ Rescue Helicopter was called to a track near Captains Crossing around midday yesterday. A woman aged in her twenties had been riding with a friend when the front of the quad lifted and the pair were flung down the bank. She was airlifted to Mackay Base Hospital in a stable condition while the driver was transported by road ambulance.

Brand new Firefighters are on route to Mackay. Twenty-five firies have been announced across Queensland with two of these coming to our region. These men and women are part of the State Government’s $29 million commitment to new crews. They’ll hit the ground running by the end of the year.

A new report has shown women in Mackay don't feel safe walking home alone at night. Sixty leaders from the Not For Profit sector developed the Australia We Want report which showed one in every two women feel unsafe, while one in four refuse to walk around the CBD after dark. Community Council Australia CEO David Crosby says it’s time to take action on the rising crime in our area that is making women feel unsafe.

Sunshine Coast company Naturo made headlines last week in a world-first breakthrough, seeing Aussies drink fresh milk that's been sitting in the fridge for three months. The process has been approved as healthy and safe but the Queensland Dairy Farmers Organisation say there's still plenty more they need to see before getting excited about opportunities for the export market. Communications Manager Sarah Ferguson says it sounds like a great idea- but consumers in Mackay don't want to see extra chemicals in their fresh products.