Entertainment NewsPSA: Zac Efron's House Is Up For Sale So It Looks Like His Move To Aus Is Official!

PSA: Zac Efron's House Is Up For Sale So It Looks Like His Move To Aus Is Official! 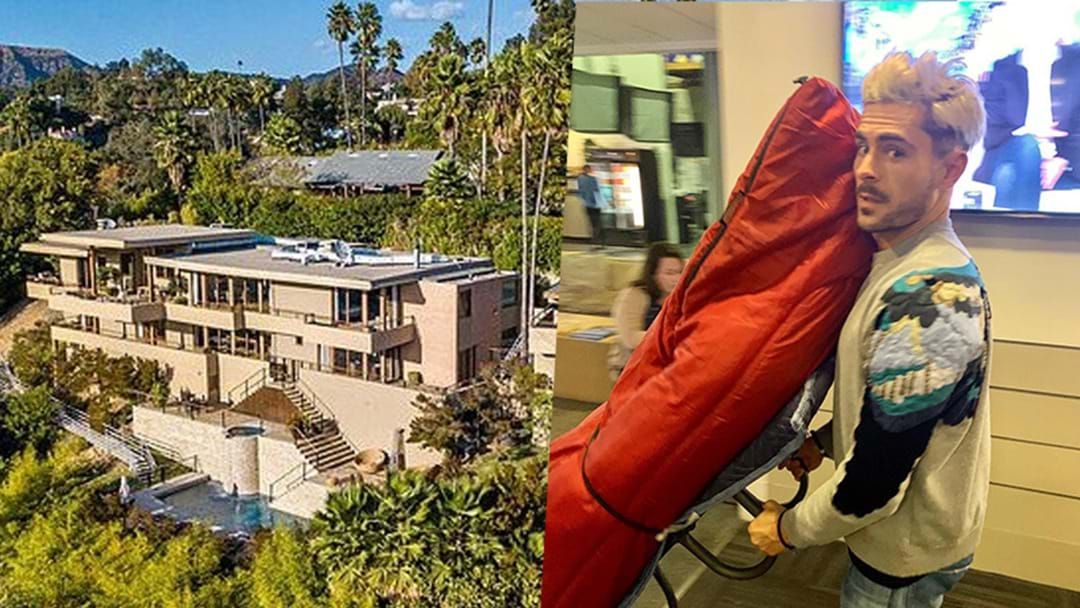 Well, well, well if you needed some lighter, more delicious news today, this is it!

After we first found out our American sweetheart, Zac Efron was hiding out in Australia's very own Byron Bay, the question on everyone's minds has been (including his new Aussie girlfriend - well, probably) will he move back home?

Well, it seems to be that the High School Musical star has officially listed his LA home on Realtor and you bet it looks like the ultimate pad, if you can afford it.

It's been listed for a whopping $7.8 million with panoramic views of LA, four-bedroom across two storeys, a waterfall-like pool, a gym, a sauna, some skateboard decor and two fireplaces (that we've counted, so far).

So, assuming he's not selling it because he wants to buy another American home, it's pretty safe to say it looks like his move to Aus with his new partner might just be permanent.