Adelaide NewsPSA: You Can Finally See These Adorable Baby Lions & Actually Get To Name One!

PSA: You Can Finally See These Adorable Baby Lions & Actually Get To Name One! 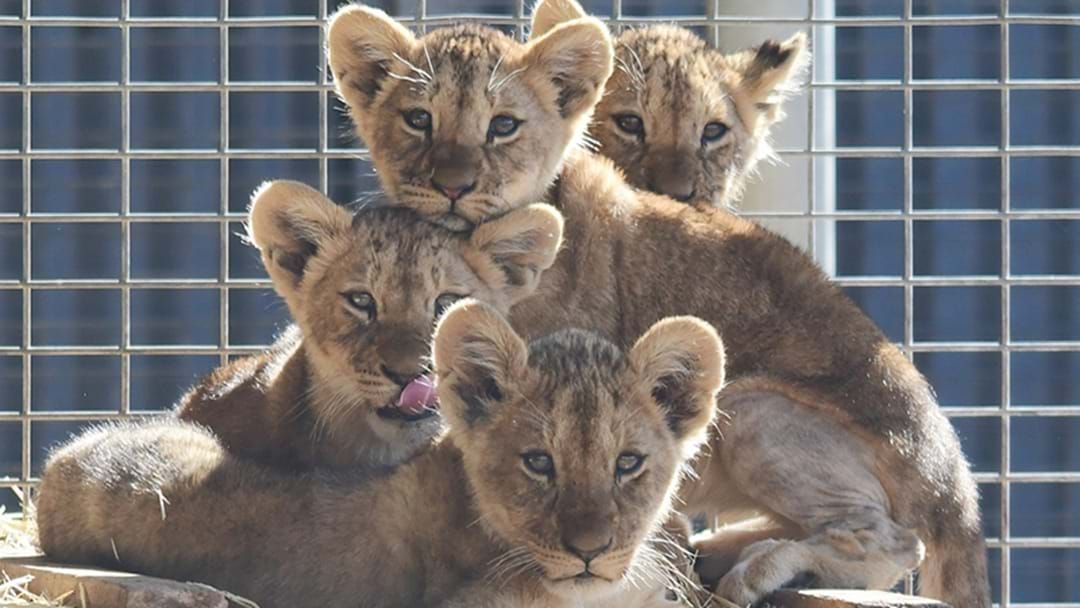 Roarsome foursome to take their first steps out on the main exhibit from today!

Monarto Safari Park’s four little lion cubs are ready to take their next steps into the big lion den.

The fab four, consisting of one male and three females, will be given full access to the 11.5-hectare main exhibit today.

After prowling around their den area with the adults since their birth in mid-February, the cubs are now ready to venture out!

Zookeeper ChristyLee Tonkin revealed that not only are they proper lions now but, “They are adventurous and playful but still like being close to Mum. Wherever she goes, they’ll eventually follow. Even if they wander off a little way, they’ll soon come running back."

Although Monarto Safari Park is closed to the public until at least the 3 July, keepers will continue to use the Lions 360 dome and platform area.

When visitors return they will be able to catch sight of the pride of 10 lions, including the gorgeous four, from the viewing platform or up close from the Lions 360 dome and the Lions at Bedtime experiences.

The cubs are yet to be named, so there is a competition running to name the new bubs, plus, a family pass to the Lions 360 experience!