As part of a worldwide movement. 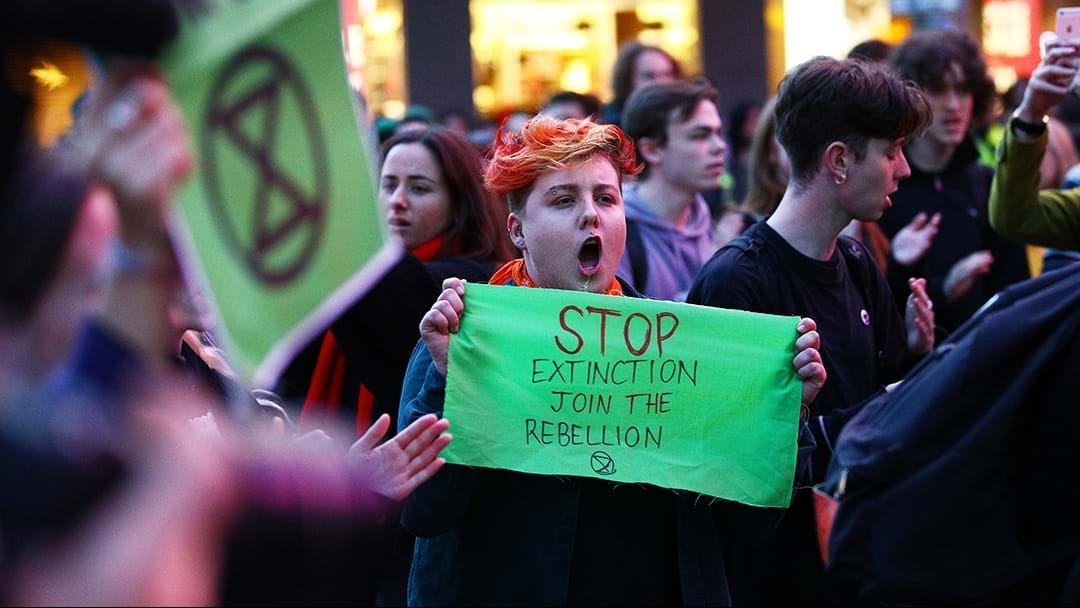 Weeks after thousands of school students took part in the Global Climate Strike, more protesters are set to hit the Melbourne CBD in what will be ‘a week’s worth of disruptions’.

Climate change activist group Extinction Rebellion are planning to take to the streets around 4pm on Monday afternoon. The group plans to block major city intersections which are still yet to be known to police.

The group have three demands, including the Australian Government to call an immediate climate emergency. The protesters have said they are willing to be arrested for taking part in the rally.

This week’s protests are part of a worldwide moment which will take place in 60 cities. Rallies have begun in Canberra, Adelaide and Brisbane with Sydney to take part in the coming days.

Overnight, activists in London sprayed fake blood on the streets and onto the Treasury building. The group was also slammed for blocking streets that led to hospitals.