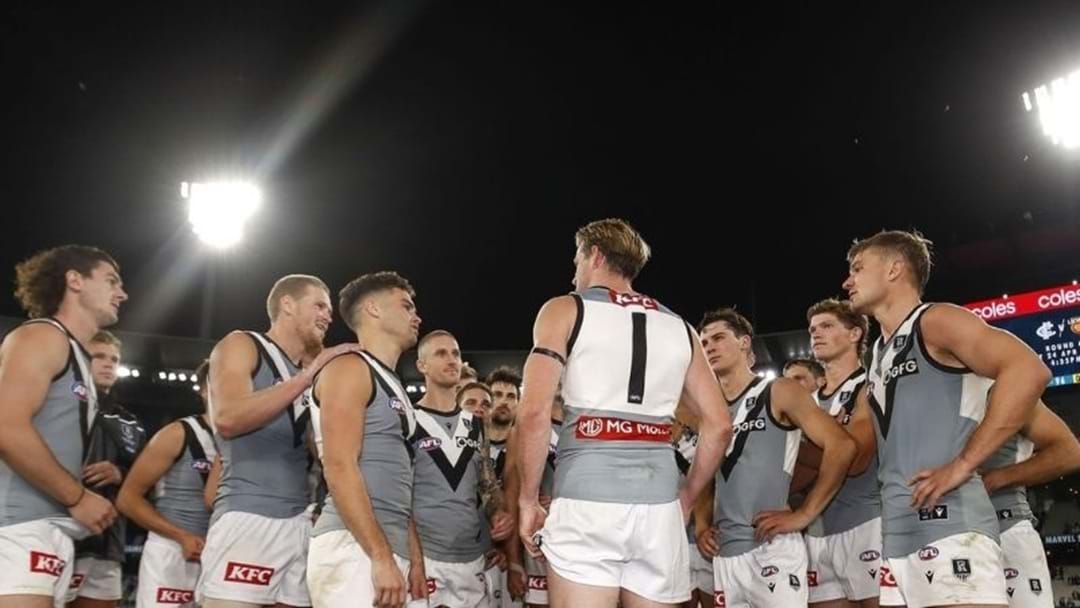 Port Adelaide players, staff and thousands of supporters are rushing to get tested, and will isolate until negative results are in after the potential exposure of COVID-19 in Melbourne on Sunday.

The MCG recently became an exposure site, after a fan who attended the Collingwood and Port Adelaide match returned a positive case. Victoria recorded six new cases today, taking the current cluster to 15.

Contract tracers have scrambled to check CCTV footage for any 'close contacts' from the round 10 match, further confirmed cases will be released on Thursday.

The Victorian Department of Health announced on Tuesday evening the exact area where the individual was seated.

Contract tracers are getting in touch with several supporters, including members of the Port Adelaide cheers squad.

Authorities have confirmed that the state will pose a hard border closure to Victoria from 6pm on Wednesday. Essential and returning South Australian travellers are exempt, but quarantine restrictions will apply.

It’s unknown whether the Adelaide team will still fly to Melbourne for their Round 11 clash with Richmond this weekend, or if the Tigers will be required to come across to South Australia.

Victorian clubs are being urged to live a lockdown-style life over the next seven days, in an attempt to minimise their movements amid Melbourne’s COVID situation.

Catch up on the latest headlines on The South Australia Briefing. Available on LiSTNR.