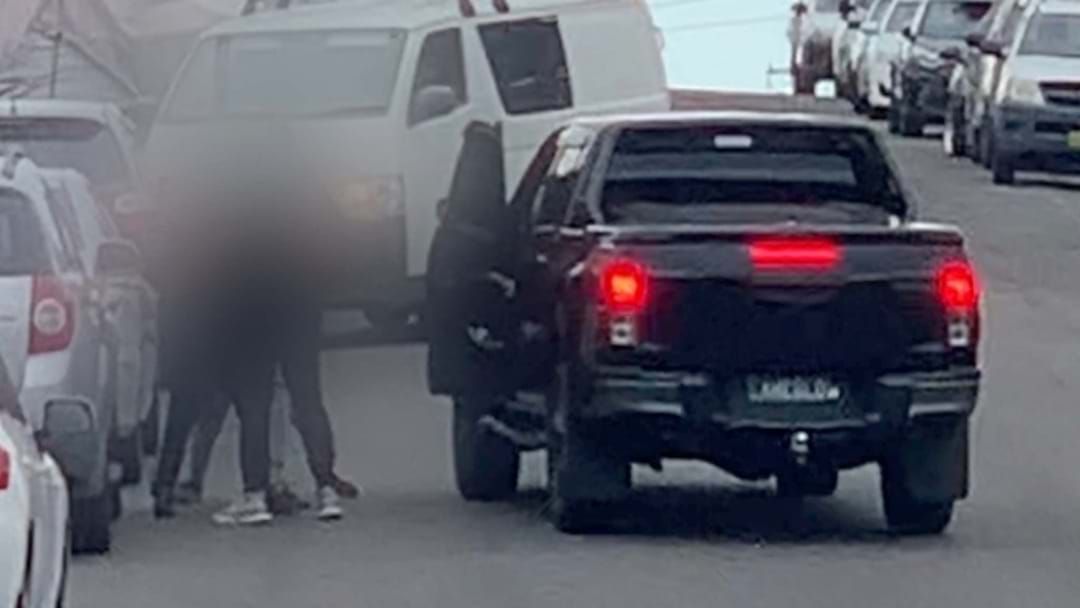 A dramatic daylight kidnapping in Sydney's west could be linked to a fake Covid vaccine certificate scam according to NSW police.

Authorities have released confronting CCTV and mobile phone footage in the hope it will aid their investigation of a man being assaulted and forced into a car in Merrylands in September.

Stay up-to-date on the latest news with The Sydney Briefing - keeping you in the loop with breaking news as it hits.

Police allege that about 4pm on September 18, the 24-year-old victim, was walking along Rickard Street, when he was approached and assaulted by five men, before being forced into the rear of a white Toyota Hiace parked nearby.

The man was then allegedly taken to a vacant unit at Auburn Road, in Auburn, and held for several hours, before he was found by a member of the public in Wellington Road, Birrong suffering stab wounds.

He was taken to Liverpool Hospital for treatment and has since been released.

Detective Superintendent Andrew Koutsoufis said the “extremely violent and brazen attack that occurred on a suburban Sydney Street” was a prearranged meeting, related to a fake Covid vaccination certificate scam and related debts.

"We believe this incident is a targeted attack and may relate to a fake vaccination certificate scam and related debts," the Det-Supt said.

“There was an exchange of money in relation to the fake vaccination certificates, that’s what we allege, and that’s where the debt comes into it".

"This kind of behaviour has no place in our community and these men must be brought to account. We believe this was a targeted attack and appeal to the public for any information that may assist detectives," he said.

Detectives from State Crime Command’s Robbery and Serious Crime Squad formed Strike Force Reckon to investigate the incident and are seeking the public’s assistance in identifying all three vehicles, none of which have been recovered.

Anyone with information is urged to contact Crime Stoppers: 1800 333 000 or https://nsw.crimestoppers.com.au.