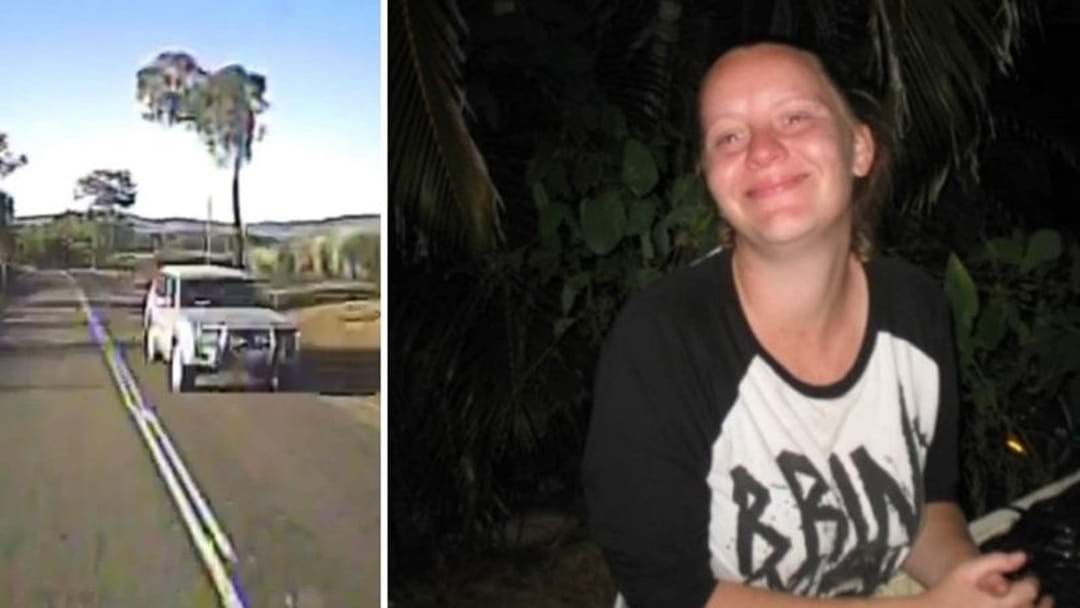 Police have taken another step in the investigation into the suspected murder of Queensland woman Rene Latimore.

Police have released images of a vehicle thought to be linked to the suspected murder of Rene Latimore.

Police are now reaching out to the public for help identifying the occupants of the vehicle.

The 31-year-old Mum was last spotted at a property on Schirmer Road at around 9AM on August 9.

Latimore was not officially reported missing until August 18.

The grave was found on a cattle property in the Ilbilbie area if Koumala, just south of the Mackay region where she had been staying with her 14-year-old son, her father and her stepmother.

The pictures released to the public by the police show a light-coloured four-wheel drive, which police believe to be a Toyota Land Cruiser.

The vehicle had been previously spotted leaving the Ilbilbie property on Schirmer Road on August 9th in CCTV footage released by the police last week.

Latimore’s sister, Katie Marchetti reached out to the media back in September to urge the public to help the police in their investigations for the sake of the victim’s son.

“She was a very caring mother. She loved her son very much and they had a very close relationship. They really were best friends,” she said.

“What's happened to her is going to affect him for the rest of his life.”

Anyone with any information is encouraged to come forward and report the information to police on 131 444 or via the online portal.