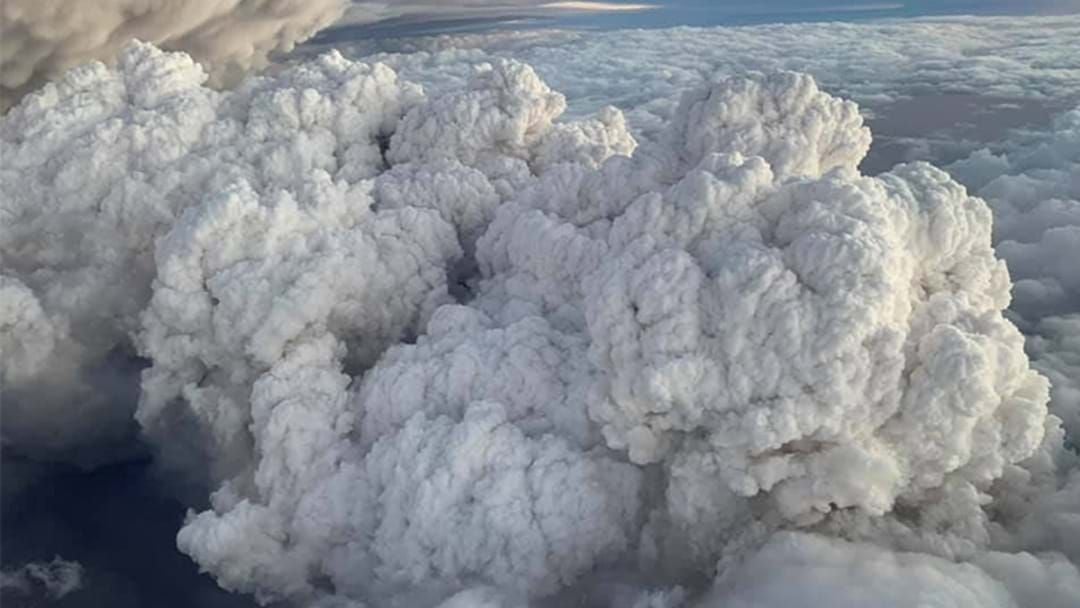 Passengers have described the terrifying moment their flight from Melbourne to Canberra unexpectedly entered a fire-generated weather system while flying over south-eastern Australia.

The Qantas flight flew right over bushfires ravaging Victoria and New South Wales where the plane unexpectedly entered a weather system being generated by one of the fires.

Some of the passengers on board the flight have spoken to the ABC saying that it was one of 'the scariest flights' they had ever been on.

'It was orange outside of the window, then suddenly it was black, and then the turbulence hit,' one passenger said.

'I was jumping off my seat!'

Another described how it just got 'greyer and greyer' as the 'fire cloud' approached and the uneasy atmosphere of passengers on board.

'There was one guy sort of swearing … I heard people down the front vomiting,' another passenger said.

These 'fire clouds' are called Pyrocumulous clouds which emerge when hot air from the fire rises into the sky and cools, causing condensation and the formation of clouds.

'One minute we were in daylight, the next, it was midnight,' a passenger also told the ABC.

'The pilots ascended to a higher altitude before taking a different approach into Canberra, where the aircraft had a normal landing,' she said.

According to the passengers, the pilots made an announcement which said that the cloud had not shown up on the radar at all.

The plane was met on the ground by emergency services and no injuries were sustained by passengers.