Entertainment NewsParis Hilton's Boo Officially Put A Ring On It!

Paris Hilton's Boo Officially Put A Ring On It! 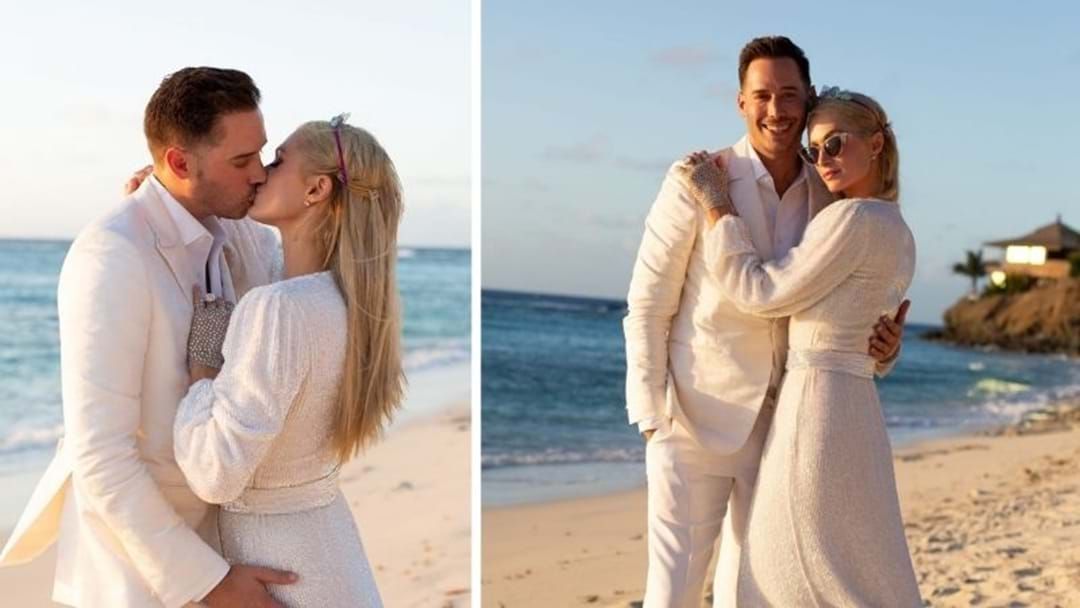 Our girl Paris is tying the knot!

The singer, actor and beauty mogul is officially off the market and engaged to businessman Carter Reum.

The two got engaged while vacationing on a private island (as you do) only days before her 40th birthday on February 17th.

Along with an adorable picture of the two embracing on the tropical shores of their private island, Paris posted a heartfelt caption about her new fiancé.

"When you find your soulmate, you don't just know it. You feel it...As we walked to dinner along the beach, Carter led us to a cabana adorned with flowers and dropped to one knee. I said yes, yes to forever."

"There's no one I'd rather spend forever with."

In case her fans wanted more details on the proposal, Paris made sure to supply a bunch of photos including the moment Reum bent the knee on her website.

As you'd expect, the ring is absolutely stunning and was designed by Jean Dousset, none other than the great-great grandson of Louis-François Cartier.

During an interview with Vogue before a fancy, celebratory dinner with her family and friends, Paris gushed about her romance explaining she is "...excited about this next chapter."

"Our relationship is one of equals. We make each other better people. He was absolutely worth the wait!"

But it's not just the blushing bride flaunting their love, with Reum also commenting “As people who have seen her documentary and recent advocacy work know, Paris is kind, smart, driven, authentic, and an amazing woman, and I can’t wait to have her as a partner in life.”

Following the release of Paris Hilton's documentary in 2020, the world has begun to see Paris in a completely different light. The documentary exposes her treatment by the media (much like Britney Spears), the public and of course, the sex tape scandal. We even get to see a small glimpse of the toxic masculinity projected onto her by her then boyfriend before her DJ set at Tomorrowland.

Arguably the most important takeaway from the documentary however, was the abuse Paris suffered as a child at the hands of Provo Canyon School and other emotional growth schools.

Paris now supports and openly advocates for survivors of abuse and protests for the reform of boarding schools for troubled kids, to ensure no one suffers the same trauma.

Honestly, we could not be happier for Paris, we wish her the utmost happiness and cannot wait to see some no doubt extravagant and utterly gorge wedding pics!

Catch up one the latest in Hit Entertainment news below...